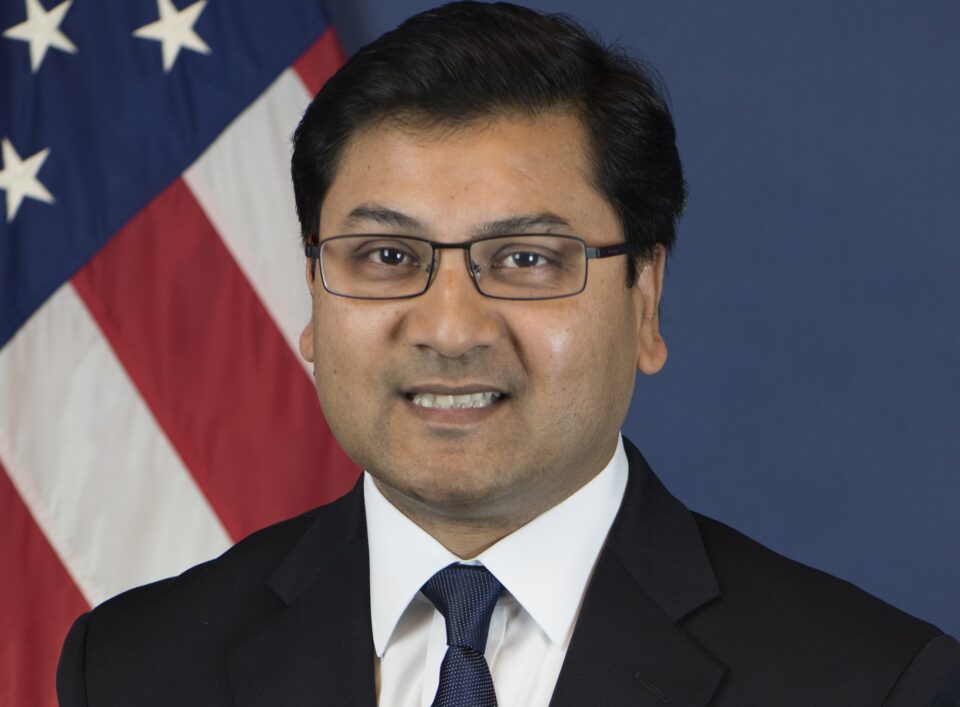 Atlanta, GA, January 27, 2022: The U.S. Department of Transportation earlier this month confirmed Amit Bose, who has Atlanta roots, as the 15th Administrator of the Federal Railroad Administration (FRA). Nominated by President Biden on April 22, 2021, Bose, who is currently serving as Deputy Administrator, was confirmed by the U.S. Senate on January 12, 2022. He is the first person of South-Asian descent to lead FRA.

“From his work with New Jersey Transit to his leadership at FRA during two administrations, Amit has spent his distinguished career supporting America’s railways,” said Transportation Secretary Pete Buttigieg. “Amit’s experience and expertise will be invaluable as we work to implement the President’s historic Bipartisan Infrastructure Law (BIL), which includes the largest investment in passenger rail since the creation of Amtrak.”

In his role, Bose will lead FRA’s safety regulatory oversight of more than 800 freight and passenger railroads, national rail policy, planning and environmental activities, as well as the agency’s financial assistance grant programs. Bose will also oversee FRA programs to improve and modernize the nation’s freight and passenger rail network by administering an unprecedented $66 billion investment in rail projects under the BIL. Those funds will be supplemented by an additional $36 billion in annual authorized appropriations over five years to support projects and programs that improve safety, reliability, efficiency, resiliency, equity, and sustainability.

“It’s an honor and privilege to serve Secretary Buttigieg and the Biden-Harris Administration,” said Deputy Administrator Bose. “America’s railroads are an indispensable part of our transportation system and national economy. This is an exciting time to lead approximately 900 FRA employees as we seek to advance America’s second great rail revolution.”

Bose previously worked at HNTB, an architectural and engineering firm, the U.S. Department of Transportation (DOT) during the Obama-Biden Administration as FRA’s Director of Governmental Affairs, Senior Advisor, Chief Counsel, and ultimately as Deputy Administrator. He also served in the Office of the Secretary as Associate General Counsel and Deputy Assistant Secretary for Governmental Affairs. In those positions, he worked on numerous safety, policy, and regulatory matters, providing legal counsel, guidance and advice to the Secretary and DOT’s operating administrations. Prior to that time, Bose worked for New Jersey Transit, the New Jersey Department of Transportation, as a transportation staffer in the U.S. Congress, and in private practice in Georgia where he focused on land use, environmental, and municipal law.

Bose was born in Laheriasarai, Bihar, India, and came to the U.S. at the age of 5. He earned an AB from Columbia College, a MIA from Columbia University’s School of International and Public Affairs, and a JD from the University of Georgia.

Bose’s parents Dr Nripen and Sabita Bose have lived in the Atlanta area since 1977.

Gujarati family that froze to death on Canada-US border identified