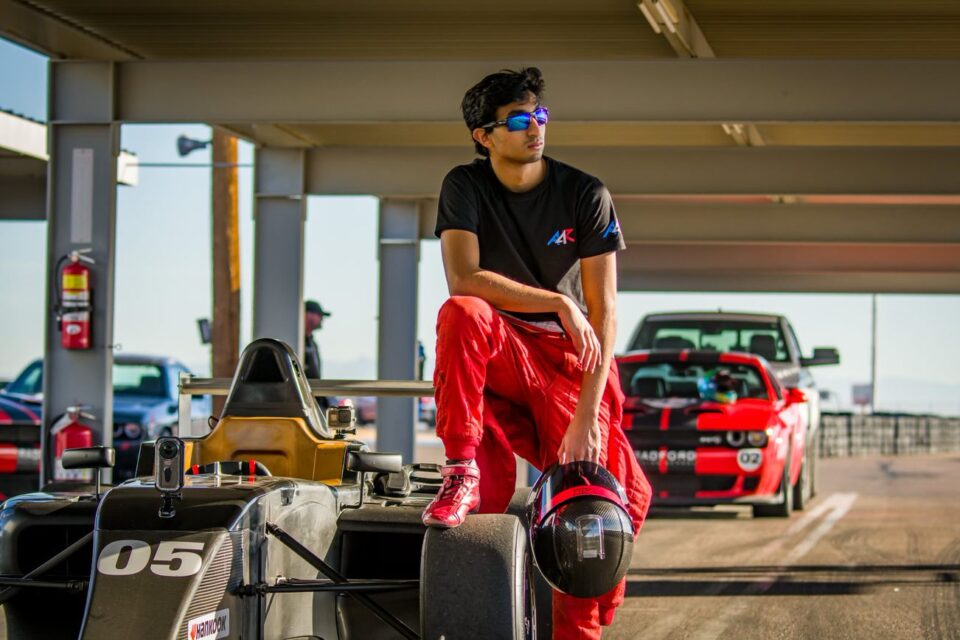 Atlanta, GA, January 27, 2022: Atharva Desai, 18, is an Indian-American motorsport racer pursuing a degree in Motorsport Engineering from the University of Oxford-Brooks. At such a young age, he has already placed first in several endurance races such as those at Summit Point in DC. Desai spoke about his passion for the sport and his journey through the process of formula racing.

The Washington DC-born teen said he found his passion for racing through watching the sport on TV at the age of eight. “My dad and I would sit to watch formula one championships, and I found it extremely mesmerizing and extremely fascinating,” he explained. “So I wanted to try it myself.”

Francois taught Desai some of the fundamentals of racing in the span of about three days and an immense amount of practice. Afterwards, Desai registered for his local league competition and won, leading to a discovery of his natural talent at racing.

“That very season, I won the entire championship, which was very impressive,” he reflected. “So many competitors have racing backgrounds and their parents are also racers, and they race in their own cars. So I was very surprised by [the win].”

During his sophomore year of high school, Desai decided that he wanted to study both motorsport racing as a driver as well as the mechanics that went into it. In order to pursue this dream, he moved to the United Kingdom after graduating high school in DC.

He continued to have success racing through the Young Racing Driver Academy (YRDA) under Arden Motorsport racing. The academy focused on helping young racers through their formula racing journey. Formula drivers start off with lower levels of formula racing such as Formula 4 and 3 before hopefully moving up the ladder to Formula 2 and eventually Formula 1. These formulas are differentiated by the speed and types of vehicles used, and drivers have to maintain an incredible amount of persistence and training to continue in the field.

Desai spends an incredible amount of time in Arden Motorsport’s training simulators to meet his goal. These simulators focus on replicating track conditions and force feedback while being a cost-efficient way to practice. “Each session is four hours and I would travel 30 minutes by train to go over to their headquarters,” he recalled. “I only had four sessions before they were absolutely convinced that I’d be able to drive their formula three-car.”

Despite his notable successes, the sport does come with its fair share of challenges. Desai told a story about a particular three-hour endurance karting race where he placed first for the first hour-and-a-half, surpassing both the drivers in second and first place. However, after the refueling break, it started raining and darkened, leading Desai to be hit in the back and sliding into water down to last place.

“If you ever spin out of the track, you have to serve 30 seconds in the pit lane before you can go on and resume the race. In the racing world, every second feels like a decade. Everyone’s split by just a second, so 30 seconds was quite devastating.” he explained.

Desai finished that race back in first and lapped everyone up until third place. To him, this story serves as an example of the perseverance and maturity required to participate in such a taxing sport. According to him, the biggest challenge of racing is the financial aspect as well as the learning curve for some.

“Racing is a very expensive sport,” he said. “Weekends cost a few tens of thousands of dollars, especially if we’re talking formula 4 and 3 cars.”

Despite this, his Indian background allowed Desai to have a unique perspective on the sport, allowing for immense support from both sponsors and his family alike. Desai continues following Indian customs while remaining an American-born citizen living in the UK, and this is the perfect combination for him.

Desai plans to hopefully move up to Formula 3 racing in 2022 as he builds on his relationship with both the British and United States teams. Then, in 2023, he hopes to move up to Formula 2 teams and has already started negotiations. Desai hopes all these steps will lead up to him meeting his eventual goal, becoming the youngest formula 1 champion.

“I’m pretty proud of myself in terms of the commitment I’ve put into racing,” he concluded. “Since I was nine, I’ve been just dedicating all of my time to racing, and making my everything about racing in the hopes to be in Formula 1 someday.”

Desai is looking for sponsorships. To learn more about him and his passion for motorsport racing, you can view his website at https://www.atharva4racing.com/.

Kabaddi is now cool sport, thanks to Bollywood, corporates