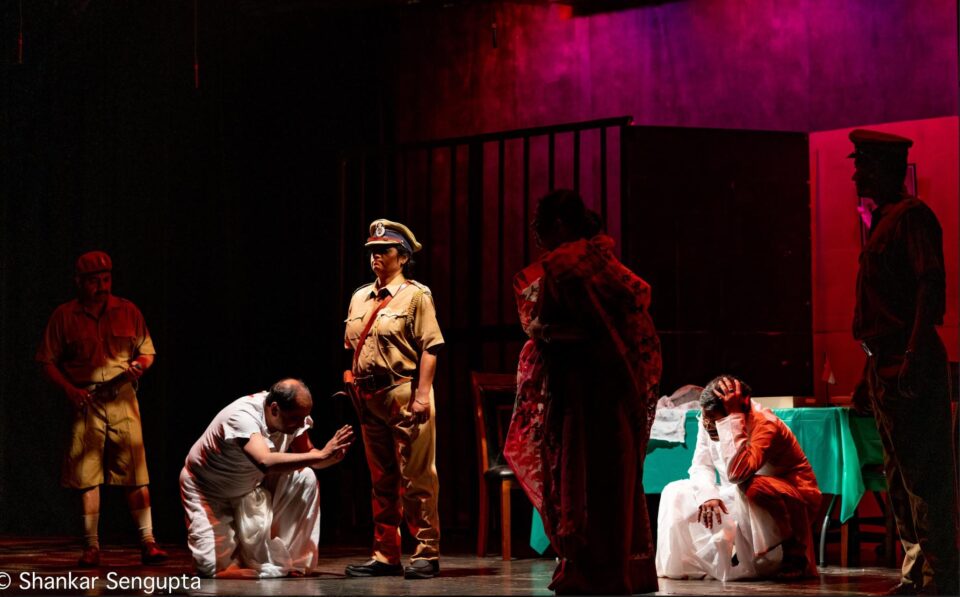 Atlanta, GA, June 24, 2022: It had been a long wait – a little over two years.  In March of 2020, Atlanta Theater Workshop (ATW) was all set to stage their 10th-year stage productions and then the pandemic locked the world indoors. Only four days before show day, it had to be put on hold and eventually canceled.

The wait was finally over on April 10, 2022, when ATW staged their belated 10th Anniversary show at the Eddie Owen Presents: Red Clay Music Foundry in Duluth.

“There was a lot of anticipation. Will the audience come?  Will they come and like it as they did before?” Dr. Raktim  Sen, Founder and Director of ATW wondered. As it turned out, Dr. Sen said, they did and they came out in great numbers. It was a full house. “The mood was celebratory.  The complimentary tea and samosas have become a customary feature of an ATW show,” he added.

The curtain rose again for ATW and Indian theater in Atlanta at 3:45 PM. It started with a short documentary on the history and legacy of ATW. It featured clips and stills from their previous 13 stage productions. A rich history indeed!

Set in Rural Bengal, the story of Pathor revolves around a criminal investigation into an incidence of injury inflicted by someone throwing a large stone at the local landlord. To his astonishment, the investigating officer discovers that the distance the stone was thrown was slightly more that the Olympic World record for shotput. So he sets a mission to find the culprit and train him for participating in the Olympic Games.  When a local villager, Haren  Mondal, confesses to the crime, the investigating officer brings him to the police station in an effort to convince his boss, Lakshmi Pyne, the lady officer-in-charge of the police station. She is skeptical about the confession. When Dasu Samanta and his wife comes to the police station, they find themselves in a situation where Lakshmi Pyne threatens to subject them to severe 3rd degree treatment if they did not say the truth.  It is then, the wife admits to the crime.  She had hit her husband with the stone to save the young girl being sexually molested by her husband

In sharp contrast, Pashupati Opera was set in urban Kolkata.  It’s about Pashupati, a business owner, his wife Alaka, and his employees.  Every evening after work, Pashhupati and his employees gather in the office and wait for ALaka to rehearse a play… a play Alaka chooses.  It becomes very clear that Alaka has some psychiatric issues and everyone bends backwards to keep her happy, even if meant tolerating with a smile her verbal abuses.  The rehearsal for a play selected that evening continues with everyone catering to the whims and fancies of Alaka, often interjecting irrelevant and abrupt endings to play sequences with irrelavant popular songs.  Things get testy, when one of the employees, Shankar, brings to the rehearsal, Debarati, a young playwright, whose play Alaka had shown interest in.  Debarati, not aware of Alaka’s mental issues, confronts her, when Alaka proposes to do her play after making changes to it.  That leads to a bitter argument with Alaka.  Alaka loses her composer and passes out.  It is then Pashupati asks Debarati the reasons for her not playing along with Alaka.  Debarati had an emotional attachment to the play as it reflects her own life. She had lost her finance, an actor, to a road accident while he was returning home from a “call show”. Pashupati realizes that Debarati’s fianes is none other than his beloved son Ananda and all of Alaka’s mental issues surrounded the loss of their son and the evening rehearsals are just a way to keep Alaka happy for a while.

In both plays, the sudden turn of events and unexpected endings reflect the quality of story line had the audience spellbound.  Director Raktim Sen, who also scored the original background music for the plays including designed the sets and lighting, displayed his talent and passion for the artform at its glorious best.