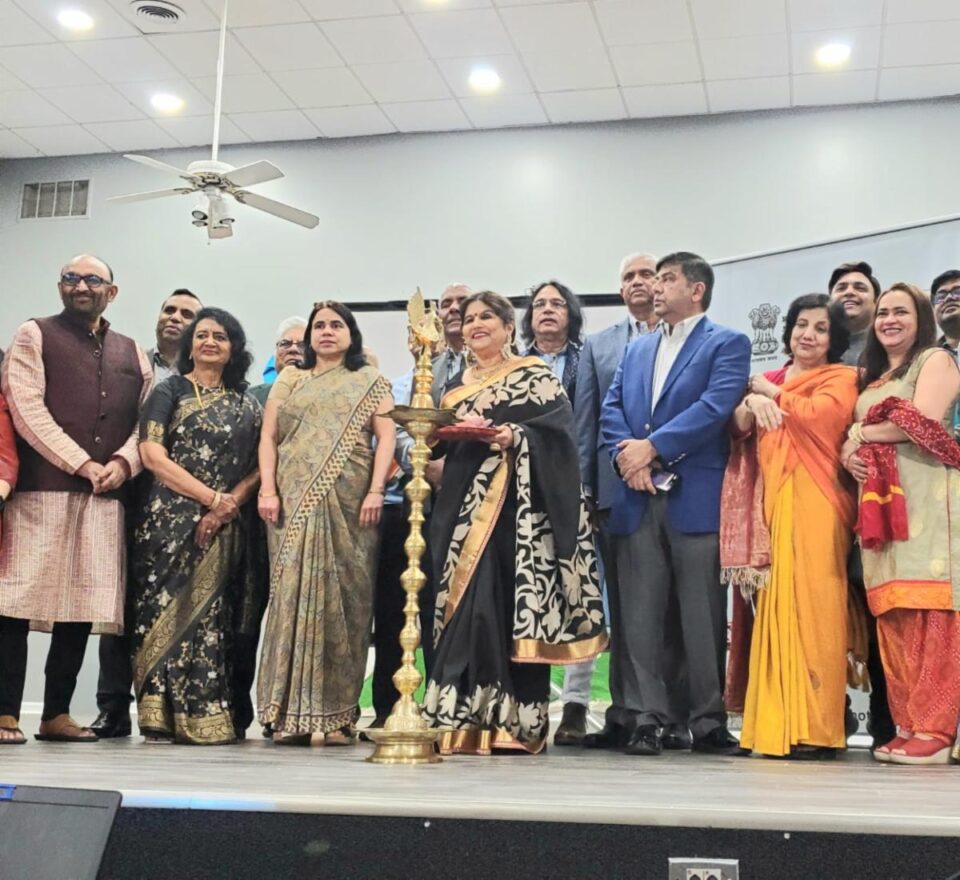 Atlanta, GA, June 24, 2022: In an effort of honor and commemorate 75 years of India’s independence, the history of its people, culture and achievements, with tributes to freedom fighters, the Government of India initiated a celebration titled Azadi Ka Amrit Mahotsav (AKAM).

“The Azadi Amrit Mahotsav means elixir of energy of independence; elixir of inspirations of the warriors of freedom struggle; elixir of new ideas and pledges; and elixir of Aatmanirbharta. Therefore, this Mahotsav is a festival of awakening of the nation; festival of fulfilling the dream of good governance; and the festival of global peace and development,” Indian Prime Minister Modi quotes on the official website.

Opening with the traditional lighting of the lamp, Dr. Swati Kulkarni, CGI, Atlanta spoke of the many sacrifices that highlighted Netaji’s indomitable spirit and selfless service to the nation. Her speech was followed by addresses from IACA leadership including Tushar Sanghvi, Chand Akkineni, and Ani Agnihotri.

A video showcasing Netaji’s life, courtesy of the High Commission of Malaysia and its officials, Narayan Hebbale and Skanda Prakash played in the background and an exhibition of photos from Netaji’s life along with his famous inspirational quotes was on display along with some rare books on his life, his participation in the struggle for Indian independence, and his journey as the Commander-in-Chief of INA.

Consul General Dr. Swati Kulkarni graced the occasion along with Rajib Bhattacharya and Madan Ghildiyal from the consulate.

Emcee and coordinator, Vishwanath Ganti, set up the stage to begin. Agnihotri welcomed the audience and introduced the program coordinator Geetanjali Talukdar who spoke a few words about Bose.

Anoop Kapoor, IACA Leadership, spoke of his grandfather Jay Dev Kapoor who was sentenced to Kala Pani, the colonial prison for freedom fighters under the British rule. Saikat Chatterjee, a member of Purbasha, shared his family’s connection with Netaji.

Gurudev Rabindranath Tagore’s 161st Birth Anniversary was hosted by the CGI, at the official building on Tuesday, May 24, 2022 along with community organizations including IACA, Purbasha, RAJA, Odisha Association and MMA.

Consul Madan Ghildiyal welcomed everyone and introduced the CGI. Dr. Kulkarni spoke about Rabindranath Tagore, underlining the fact that his work continues to inspire millions of people and how he taught India to be proud nation. Agnihotri spoke about the life of Tagore.  Cultural program segment of the evening program was emceed by Geetanjali Talukdar, IACA member and Saikat Chatterjee of Purbasha.

An apt rendition of Rabindra sangeet enhanced the of theme the evening. Rendition of music by a group of singers of ‘ Sur – Sangeet’ – Suman, Taan, Dipanjan, Rikhia , Manju, Sonali and Geeta Talukdar, enhanced the patriotic fervor while reviving memories of Gurudev. The hall is full despite it being a workday.

“Rabindra Sangeet was brought to Life,” Akkineni, President IACA remarked. He invited all the attendees to IACA’s flagship event Festival of India on August 13, 2022.


Geetanjali Talukdar, member of India American Cultural Association (IACA) organized both events. “I am honored to organize these prestigious events. This is the first time that Parakram Diwas has been staged and we hope to stage more programs like this in the future. I am humbled and thankful to a huge number of attendees and participants from all these organizations who came on a weekday (Tagore celebrations). It would not have been possible without the support of IACA family,” she said.