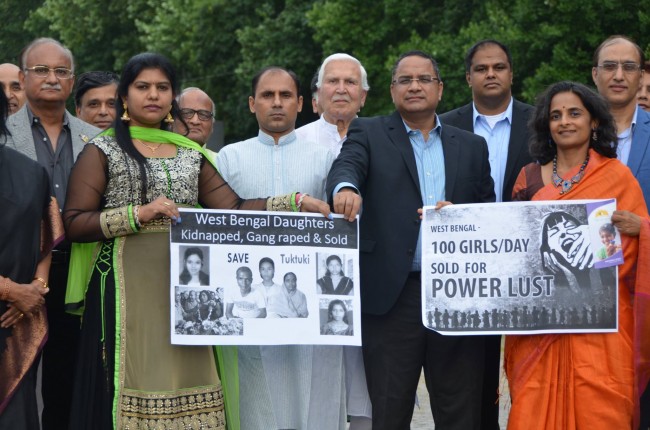 Atlanta, GA:  Atlanta was one of several cities across the world where rallies where held to save Tuktuki Mandal and thousands of minor girls in West Bengal who are picked off streets, gang raped and human trafficked across India and Middle Eastern nations for sexual slavery.

Tuktuki Mondal is a 14 year old daughter of a daily wage laborer residing in Khapur village under Magrahat PS in South 24 Parganas district of West Bengal,India.

“Tuktuki has become an unlikely icon symbolizing the fight of women in areas reeling under Islamic fundamentalism,” said a press release issued by the organization “Save West Bengal Daughters”. 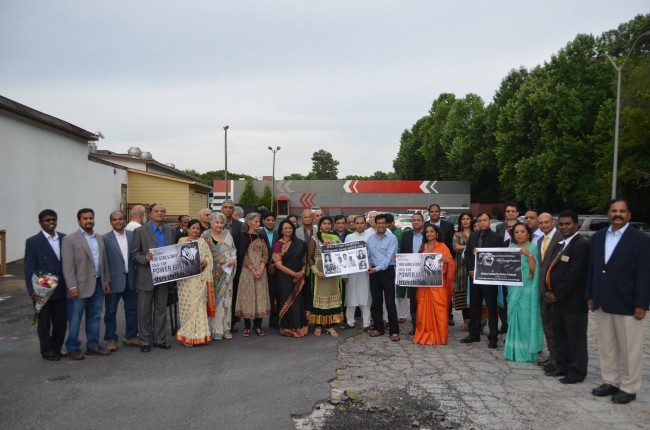 “Magrahat is located not far from State Capital Kolkata.  Islamic fundamentalists run the administration locally. She was once kidnapped while on her way to the bank by one local predator, Babusona Ghazi and his friends. She was raped in their custody but was finally released under the condition that there would be no medical examination of her, no police complaint and that she should be married off early, under aged.” said the release.

Agreeing to these conditions at gun-point, Tuktuki’s dad Subhas Mondal was able to secure her release from these local goons.

“Tuktuki is an extremely bright student, studying in class 10. She was preparing for her pre-final examinations when on the fateful night of May 4th, her house was attacked again. The goons violently ransacked their small house as a warning. Tuktuki and her family tried in vain to resist, she screamed for help, but was dragged away. Subhas did not see her daughter again.  Few days later he was called by anonymous caller to go to a place to recover his daughter, redirected to another place near a Mosque where a 700 people mob nearly killed him.  His family moved out of their village fearing their lives but has not given up (hopes) of getting their daughter back.  Her father has reached out to police, Chief Minister, State Commission for backward classes, State commission for women and even to the Prime Minister to no avail,” said the release.

The release says that nearly 100 girls are kidnapped or induced per day and human trafficked to as far as the Middle East or across the border, across 32,000 villages in West Bengal.

More photos of the Atlanta rally can be found on their facebook page: