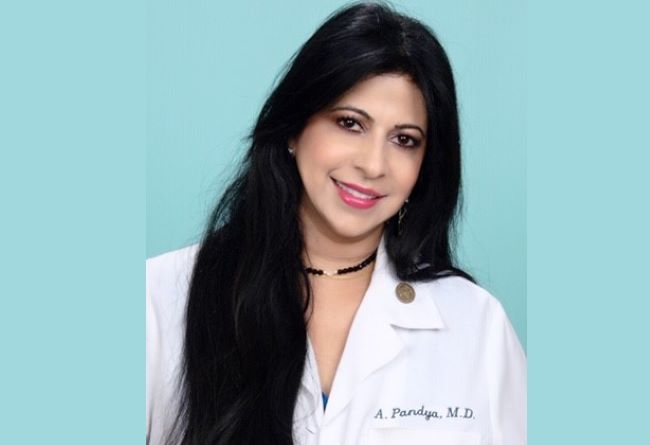 Atlanta, Jan 11 (NRI Pulse Staff & IANS) A Conyers doctor has agreed to pay approximately $1,850,000 for allegedly billing the government for cataract surgeries and diagnostic tests that were not medically required.

Aarti D. Pandya and her Pandya Practice Group violated the False Claims Act by also performing and billing for tests that were incomplete or of worthless value, and office visits that did not provide the level of service claimed, said a statement issued by the U.S. Attorney’s Office, Northern District of Georgia.

Responding to the report, Dr. Pandya, through a statement issued to NRI Pulse, said she has been defending herself in a lawsuit initiated by her former office manager, Laura Menchion Dildine, that accused her of improper billing in violation of the False Claims Act.  Rather than continue to expend significant time and resources defending herself against these unfounded allegations, which were initially filed in 2013, Dr. Pandya said, she made a business decision to resolve the case without any admission of liability or wrongdoing so she can go back to serving her patients.

The statement said Dildine is a convicted felon who was solely responsible for billing and coding while employed by Dr. Pandya at her office in Conyers, Georgia.

“After Dr. Pandya refused to write an opioid prescription for Dildine, she (Dildine) began using Dr. Pandya’s name to commit prescription fraud while employed as office manager,” the statement alleges.

The prosecution alleged that Pandya performed these procedures on patients that did not qualify for the procedure under accepted standards of medical practice and, in some cases, caused injury to her patients.

Additionally, it accused Pandya of falsely diagnosing patients with glaucoma to justify unnecessary diagnostic testing and treatment that was billed to Medicare.

The prosecution also said that many of the diagnostic tests that Pandya ordered were not properly performed, were performed on a broken machine, or were not interpreted in the medical record, as required by Medicare.

The Department of Health and Human Services (HHS) imposed in 2019 a payment suspension on the Pandya Practice Group that precluded it from receiving any reimbursement from Medicare for Part B claims.

As part of the settlement of the government’s claims in this case, the Pandya Practice Group agreed to forfeit the suspension amount to the government.

The payment suspension will also be lifted as part of the settlement.

To protect federal healthcare programs and beneficiaries going forward, Pandya and the Pandya Practice Group have entered into a detailed, multi-year Integrity Agreement and Conditional Exclusion Release (IA) with the Office of Inspector General.

“We must assure patients and taxpayers that healthcare is dictated by clinical needs, not fiscal greed,” said Keri Farley, Special Agent in Charge of FBI Atlanta. “This settlement should serve as a reminder that the FBI will not tolerate healthcare providers who engage in schemes that defraud the industry and put innocent patients at risk.”

Dr. Pandya however, said she looks forward to continuing to serve her patients and the community now that this case is behind her.  She said she remains committed to providing quality patient care for years to come.

The Facts in NRI Pulse’s report about fraudulent billing by Opthamologist Aaarti Pandya dated January 11, 2023 are true because I had experienced subpar treatment and false billing for services not rendered by Aarti.

Aaarti is a dishonest eye doctor. She had misdiagnosed me needing cataract surgery and over billed for unnecessary office visits for wherein services were not provided. I had to inform the insurance company to deny her charges.

I had then gone to another eye doctor who had diagnosed that I did not cataract surgery for another five years.

I had even reported Aarti’s malpractice to the Medical Board and filed a lawsuit. However, the judge had dismissed my case because being a pro se litigant I had not known that I needed to submit testimony of an expert witness/physician.

I know you will not believe my report truthful account or publish it in NRI Pulse because you are a biased journalist.