Atlanta, GA, June 8, 2018: No one is culture free. While all human beings share similar biology and individuals across all cultures pass through the life cycle of birth and death, culture and identity are social constructs. In her monthly session of Chai and Just Chat on May 25, 2018 themed Coming Together Across Differences: The Cult in Culture or the Dent in Identity, Dr. Nazeera Dawood brought together a panel of subject matter experts who addressed the concept of culture, cross cutting factors in race, ethnicity and perspectives that allows to celebrate and influence a broader community.

The panel also discussed elements that strengthen identity and inclusion, their importance, engaging the youth along with the opportunities to shape and define who we are as individuals. Panelists discussed ways to maintain a pluralistic culture and sub-cultures and encountering new values through acculturation. 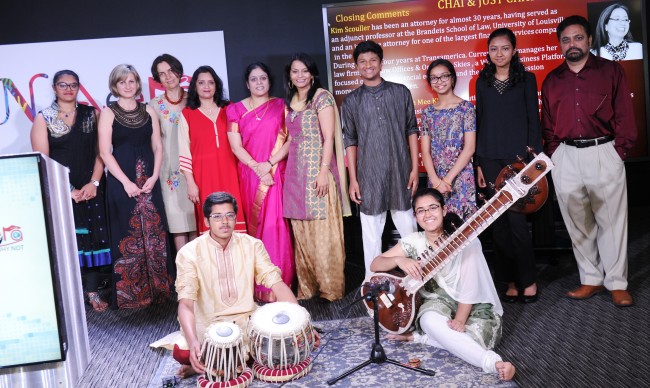 At its core, cultural identity is the feeling of being included in a group or culture. “Who am I?” was defined by Dr. Carter as peeling back the onion of life to get to truth; the fundamental truth that we should seek to agree upon. “Whatever limits you, will confine you. And all cultures will eventually lead to the conclusion, “I am who I am” noted Dr. Carter discussing basis of human or personal identity. The shared American identity being the core of our strength, its best to celebrate the diversity in our foods, arts, entrepreneurship, civil and political practices and faiths to appreciate the differences, the panel noted.

“Canada has officially adopted the policy of multiculturism. The idea is to use a single term – Canadian, but also allow immigrants to maintain their own culture,” said Theodore. Deliberations highlighted the fact that broader worldviews can be created through tolerance and acceptance and clearing misperceptions through understanding and interactive conversations. “We have to show the world the best we have to offer and then acceptance will come along” said Chang, drawing from her experiences

“I’m happy to have a government that does not govern my every move. I’m free to practice my religion without fear. The challenge is the lack of understanding of the global world around you” said Marquez, discussing the pros and cons of living in the US.

“I tell my people this – You can wear Mexican on your sleeve, be proud of your culture, music but at the same time it is important to be American, too. You need to be a Mexican-American,” said Diaz de león, discussing challenges confronted by Latino cultures. The panel agreed that, for a young person to know where they fit in, they need to comfortable in their own skin and proud of their heritage and cultural identity. “The key is to let children be part of the American society without losing sight of their own values,” noted Dr. Majumdar.

“Best thing about this country is that it is a land of opportunity and the worst thing is that it has not happened yet,” quoted Lin. Discussing the racial superiority issue that stems from factors including colonialism, histories, economics, power, and extent of knowledge, the panel deduced, can influence our understanding of and experience with cultural identities. ”Dada Vaswani teaches that humanity is one family,” said Mehrotra.

“Arts combined with formal education can affect our collective senses of belonging to one culture,” said Bankoff. He elaborated the influence of arts using it as a medium through which we can envision a world that we would like to live in and serve as a blueprint in the times that we are working to increase inclusion and respect for diversity, and can make impactful political statements.

“Women have rights here. And I encourage them to use it, not just to empower themselves, but other women too,” said Yusuf, encouraging women to get involved and break stereotypes that originate from lack of knowledge of religious traditions and/ or spiritual beliefs and even the gender roles that often define cultural backgrounds.

“The Japanese fest showcases our culture to the rest of the cultures and our own younger generations. We very much like to be a mixture of traditional and pop culture,” said Shinozuka, speaking about ways to be assimilate cultures. 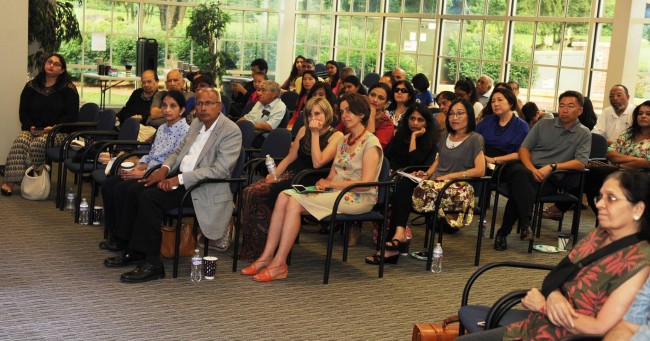 “This conversation is a radical act to come together and to listen to other’s experiences,” said Mee Kim, lauding Dr. Dawood’s effort to bring different cultures to the table. As a Diversity and Inclusion leader she emphasized the importance of reconciliation or relationship with each other. She urged to learn from good and bad parts of history and take responsibilities for undesirable acts. “Be the family that knows other cultures,” she concluded.

I do not want my house to be walled in on all sides and my windows to be stuffed. I want the culture of all lands to be blown about my house as freely as possible. But I refuse to be blown off my feet by any ~ The Mahatma’s quote as read by Dr. Majumdar aptly summarizes the conversation about culture, identity and inclusion.