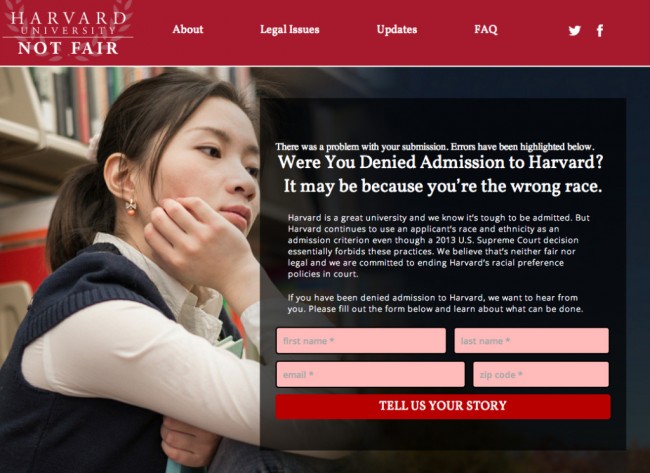 Washington, April 5 (IANS) An Asian-American group is suing Harvard University, saying that admission files showed a pattern of discrimination against the community that goes back decades, the media reported.

The group, Students for Fair Admissions, has demanded the varsity to publicly release admissions data on hundreds of thousands of applicants which challenges Harvard’s admissions policies, The New York Times reported on Wednesday.

Students for Fair Admissions includes more than a dozen Asian-American students who applied to Harvard and were rejected.

The plaintiffs said in a letter to the court that the data was so compelling that there was no need for a trial, and that they would ask the judge to rule summarily in their favour based on the data alone.

“This is an important and closely watched civil rights case,” William S. Consovoy, the lawyer for the group, said in his letter to the court.

“The public has a right to know exactly what is going on at Harvard. Even if this were a commercial issue – as Harvard would like to portray it – the public would have a right to know if the product is defective or if a fraud is being perpetrated.”

Students for Fair Admissions contend in their lawsuit that Harvard systematically and unconstitutionally discriminates against Asian-American applicants by penalising their high achievement as a group, while giving preferences to other racial and ethnic minorities.

Responding to the lawsuit, Harvard spokeswoman Rachael Dane said: “Harvard College does not discriminate against applicants from any group in its admissions processes.

“We will continue to vigorously defend the right of Harvard, and other universities, to seek the educational benefits that come from a class that is diverse on multiple dimensions.”

About 40,000 students apply to Harvard every year.

Court to pronounce decision on Salman's bail on Saturday