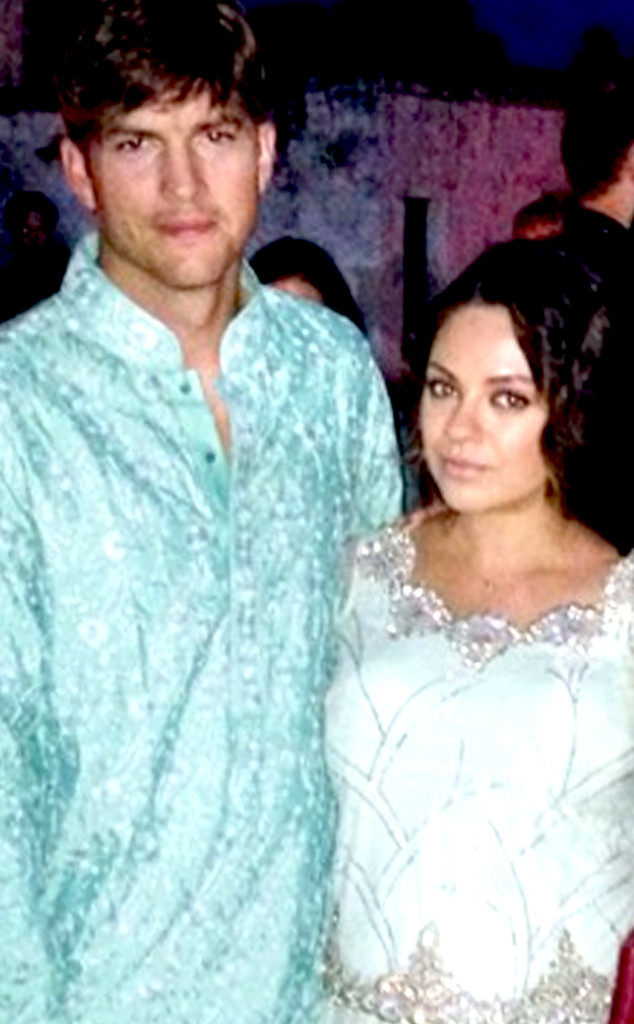 He was accompanied with pregnant fiance Mila Kunis when he attended the wedding at the Borgo Egnazia Resort in Savelletri di Fasano, Italy, July 5.

Kutcher, 36, sported what appeared be an aqua blue, embroidered kurta and a flowing white dhoti, or long loincloth while Kunis, 30, wore a mint gown with a drop waist, which hid her baby bump, and silver accents.

Details about the wedding were not released, although photos have been posted online and one of the pictures shows Kutcher treating the crowd to a traditional Bollywood-style dance, reports eonline.com.

He danced with a female dancer, who sported a one-shoulder clover green dress and nude leggings.

Kunis and Kutcher began dating in early spring of 2012 and went public with their engagement earlier this year.

Kutcher was previously married to Demi Moore. The two have no children together and split in 2011 after six years of marriage. They finalized their divorce in 2013.