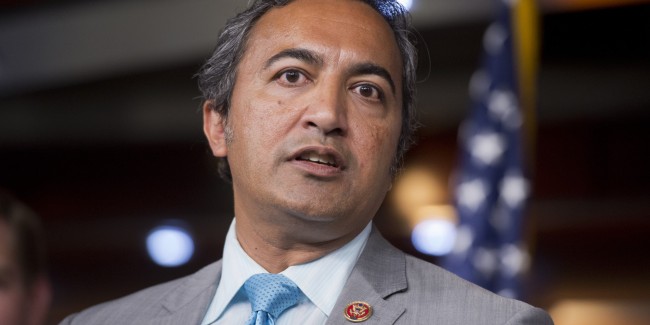 Washington, Nov 20 (IANS) Amiresh ‘Ami’ Bera, the lone Indian American lawmaker in the US House of Representatives, repeated history as he edged out his Republican opponent in a California race two weeks after the elections.

Bera, who had won in a similar fashion in 2012, trailed Republican Doug Ose by more than 3,000 votes at the close of election night and steadily closed the gap as election officials tallied tens of thousands of remaining ballots.

He Wednesday led Doug, who had served in Congress from 1999 to 2005, by 1,432 votes with nearly all ballots counted in the seat covering suburban Sacramento county, media reported.

“It’s been my honour serving this community as a doctor for the last 19 years and I am grateful I will have the opportunity to continue serving as the representative for California’s 7th Congressional District in Congress,” Bera said in a statement.

“If you remember in the contest in 2012, we were tied and after the ballots were counted, we won by over 9,000 votes,” Bera, who was attending Congressional Diwali celebrations on Capitol Hill in Washington, said.

Ose congratulated Bera on the hard fought win saying he “celebrates the fact that our institutions and our laws provide us a system whereby elections can be peacefully resolved”.

The race was deemed the most expensive one with both candidates spending at least $19.6 million in the campaign, according to the Centre for Responsive Politics.

Former US president Bill Clinton too had come to rally support for the embattled Bera.

Two other Indian American aspirants for the House were defeated in the mid-term election.

In the battle for Silicon Valley, Indian-American Rohit ‘Ro’ Khanna conceded defeat after giving seven-term incumbent Mike Honda the toughest fight of his life and in Pennsylvania, Manan Trivedi failed to make it even in his third attempt.

In Hawaii, Tulsi Gabbard, a Hindu-American, was re-elected for a second term after briefly eyeing a vacant Senate seat.