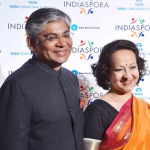 New Delhi, March 8 (IANS) Arun Kumar Singh, currently India’s envoy to France, has been appointed the next ambassador to the US, the government announced on Sunday.

Singh, an Indian Foreign Service officer of the 1979 batch, is expected to take up his assignment shortly, the statement said.

He replaces S. Jaishankar, who was appointed foreign secretary on January 28.

Singh had earlier served as deputy chief of mission in Washington from October 2008 to April 2013. Prior to that, he was India’s ambassador to Israel. He became ambassador to France in April 2013.

He has also served at the important Pakistan, Afghanistan and Iran division at the external affairs ministry.