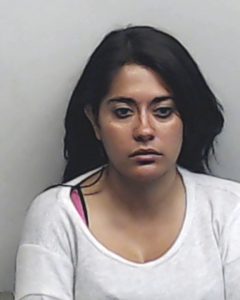 Atlanta, GA: Atlanta Police announced recently that they have made an arrest in a series of burglaries where thieves stole silverware and other valuables from Buckhead homes, then stuffed them in pillowcases. Farhana Sultan was arrested, following a tip from outside jurisdictions, reported ajc.com.

Woody said the burglaries had a common thread where the thieves broke into homes, then filled pillowcases with jewelry and silver.

Police expect to make more arrests in the near future, Woody said. They are looking for a trio of white men who have been identified as the burglars who take the items from the homes.

“This is an ongoing investigation and we expect there will be more arrests,” ajc.com quoted Woody as saying.

Sultan was booked into the Fulton County Jail, charged with six counts of theft-by-receiving stolen property and possession of methamphetamine. She was released Saturday on $35,000 bond, according to jail records.

South Asians confront Chevron refinery; link it to floods in India and Pakistan

No stereotypical Hollywood role for me: Shah Rukh Khan