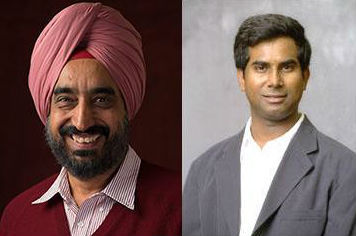 Washington, Oct 17 (IANS) Tech giant Apple has been told to pay $234 million to the intellectual property arm of Wisconsin University, Madison, for using without permission patented technology developed by its team, including two Indian-American engineers.

The award amount a federal jury in Madison asked to Apple to pay Friday was about $165 million less than what Wisconsin University Alumni Research Foundation (WARF) had sought, according to Wisconsin State Journal. The case centres on technology that became a component of processors that run widely popular Apple devices such as the iPhone and iPad.

Gurindar Sohi and Terani Vijaykumar, both electrical and electronics engineering graduates of Birla Institute of Technology and Science (BITS), Pilani, were part of the four-member WARF team which developed the technology.

US District Judge William Conley, who presided over the trial, complimented the lawyers on their professionalism and spoke to Wisconsin University-Madison computer sciences’ Professor Sohi, who led the WARF technology team, seated in the courtroom.

“For Dr. Sohi, I hope you felt that your invention was vindicated,” Conley was quoted as saying.

“This is a case where the hard work of our university researchers and the integrity of patenting and licensing discoveries has prevailed,” said Carl Gulbrandsen, managing director of WARF.

“The jury recognized the seminal computer processing work that took place on our campus. This decision is great news for the inventors, the University of Wisconsin-Madison and for WARF.”

Spokesperson Rachel Tulley said only that Apple plans to appeal.

The jury also ruled that a subset of processing chips produced in Texas by Samsung under contract for Apple, then exported to Korea, still infringed on WARF’s patent.

The jury also ruled that although those chips were produced by Samsung, Apple controlled their production.

WARF sued Apple in January 2014, claiming that Apple infringed on one of WARF’s patents in creating a processor for its popular mobile devices, starting with the iPhone 5S in 2012.

On Tuesday, the jury agreed that Apple’s use of the technology was an infringement of WARF’s patent.

The technology, first incorporated into Apple’s A7 processor and used now in the A8 and A8X processors, makes the processors work faster and more efficiently, and extend battery life by as much as two hours.

According to WARF complaints, the patent titled “Table-Based Data Speculation Circuit for Parallel Processing Computer” was issued to Andreas Moshovos, Scott Breach, Terani Vijaykumar, and Gurindar Sohi in 1998 as a result of their “labour and ingenuity”.

“The invention disclosed and claimed in the patent has been recognized by those in the art as a major milestone in the field of computer microprocessing,” the complaints stated.

“This work has been recognized as a major milestone in the field of computer microprocessor architecture/design,” lawyers for WARF wrote in the compalint.

“Indeed, Dr. (Gurindar) Sohi, the leader of the lab that developed the ‘752 patent, has been elected to the National Academy of Engineering based on his work in the field of computer architecture,” they added.

WARF had also asserted that Apple wilfully infringed on its patent, a claim that withstood a summary judgment motion in August.

But on Thursday night, after hearing testimony from Apple’s witnesses during the trial’s damages phase, Conley reconsidered and dismissed the wilfulness claim.