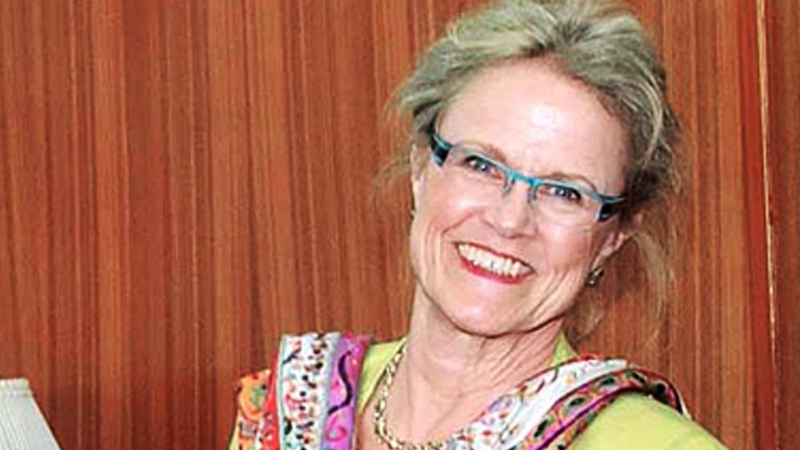 New Delhi/Washington, March 9 (IANS) The former American diplomat Robin Raphel and Ghulam Nabi Fai, a convicted felon who worked as Pakistan’s spy to influence the US policy over Kashmir, are back in business.

Top sources told IANS that Raphel, a Pakistani lobbyist after her retirement and probed in 2014 by the FBI on the suspicion that she was a Pakistani asset, quietly made a comeback after investigators closed her case without filing any charges in 2016 and President Donald Trump got elected in the US.

Though Raphel remained away from the public view, she became one of the few back-channel key players who played a crucial role in facilitating the talks between the US and the Taliban in Afghanistan, sources said.

Her services for mediation were sought by the Trump administration in view of her long history of being pro-Pakistan and pro-Taliban, a top source said.

“Since Trump wanted to exit Afghanistan, she fit the bill,” he added.

Assistant Secretary of State under former President Bill Clinton, Raphel also served in USAID in Islamabad and political counselor in New Delhi in her long diplomatic career in South Asia.

She was married (later divorced) to the US Aambassador in Pakistan, Arnold Raphel, who was killed along with General Zia-ul Haq in a plane crash in 1988.

Raphel, who wielded enormous influence on US foreign policy in Afghanistan-Pakistan-India, has been supportive of talks with the Taliban when it took over Kabul and even after the 9/11 terror attacks. Incidentally, even as the US State Department designated Osama bin Laden as one of the biggest sponsors of terrorism, the Taliban regime which sheltered him in Afghanistan, was never declared a state sponsor of terrorism.

In India, she legitimized Pakistan’s cross-border terrorism in Kashmir by setting up their political arm, Hurriyat Conference, which brought together pro-Pakistan and pro-independence Kashmiri separatists. Not only that, she persistently called Kashmir a ‘disputed territory’ and extended support to Kashmiri separatists, straining India-US relations while being an American diplomat in New Delhi.

Her influence waned as India’s economic growth story created its own clout in the US and George W. Bush changed US foreign policy in the region following the September 11, 2001 terror attacks.

An American citizen of Kashmiri origin, Ghulam Nabi Fai, who ran propaganda against India over Kashmir under his platform aKashmir American Council’, was arrested in 2011 after relations between Islamabad and Washington deteriorated in the aftermath of the raid that killed Osama bin Laden in Pakistan.

He was suddenly released from jail after two years in 2013. Many security experts at the time speculated that he was set free in exchange of vital information on Raphel. Sources said, he too, like Raphel, is now back to holding anti-India conferences on Kashmir in the US.

“The latest is on March 21-22 in Texas with guests like Lord Nazir Ahmed, a member of UK house of lords who was recently caught on social media circulating fake news about Delhi riots,” a source said.

The other participants of the conference are permanent representative of Pakistan to the UN, Munir Akram, advocate Sultan Memood and several Pakistani journalists.

Sources said all the anti-India moves in the US Congress and at several platforms over Kashmir since August 5, when the Modi government reorganized the state of Jammu and Kashmir and revoked its special status, are an outcome of the revival of the Robin Raphel-Ghulam Nabi Fai partnership.

“Even President Donald Trump’s offer of mediation between India and Pakistan over Kashmir several times, since August last year, is a chapter from the same playbook,” a source said.

10 ways to boost your immunity against coronavirus