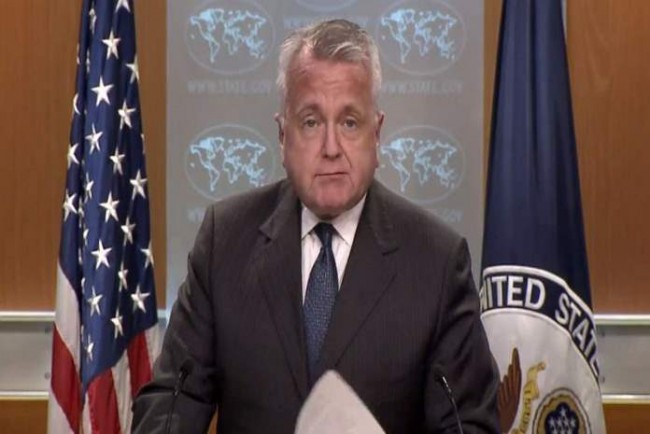 New York, April 21 (IANS) The US State Department’s human rights report criticizes India for violations by police and security forces while at the same time noting the “serious abuses” by separatist insurgents and terrorists.

However, it also said: “Separatist insurgents and terrorists in the state of Jammu and Kashmir, the northeast, and the Maoist-affected areas committed serious abuses, including killings and torture of armed forces personnel, police, government officials, and of civilians, and recruitment and use of child soldiers.”

The publication of the report at a time when US President Donald Trump and his administration have been accused by adversaries in the US of trying to roll back civil rights and of attacking the media, said that in India “censorship and harassment of media outlets, including some critical of the government continued”.

The report, which also criticized several other countries, was challenged by reporters for US media outlets at a news briefing by Michael G. Kozak, the Ambassador of the Bureau of Democracy, Human Rights, and Labour.

In a barrage of questions, reporters raised President Donald Trump’s criticism of US media as “an enemy of the people” and calls for revising libel laws; excluding transgender people from the military; refusal to accept refugees, and travel bans on certain countries seen by courts as directed at a particular religion.

“How do you not open yourself up to charges of hypocrisy, and how effective do you think you can be at leading by example,” a US news service reporter asked Kozak.

Kozak replied: “The countries that we criticize for limiting press freedom, it’s for things like having criminal libel laws where you can be put in jail for what you say… or, in many cases, killing the journalists.”

“We make quite a distinction between political leaders being able to speak out and say that story was not accurate or using even stronger words sometimes, and using state power to prevent the journalists from continuing to do their work,” he added.

The report took a broad sweep of what it considered the human rights situations, going into details, many of them taken from reports by Indian and foreign watchdog groups.

While critical of India on several issues, the report attempted to bring some balance by also noting the several prosecutions of officials accused of human rights abuses, the free and fair state elections, and an independent media that “generally expressed a wide variety of views”.

The report said that a “lack of criminal investigations or accountability for cases related to rape, domestic violence, dowry-related deaths, honor killings, sexual harassment; and discrimination against women and girls remained serious problems”.

It also cited, “violence and discrimination based on religious affiliation, sexual orientation, and caste or tribe”.

The report directed particular criticism against the government restrictions on some NGOs receiving foreign funding, specifically mentioning Compassion International, a Christian organisation that has the backing of US politicians and officials.

Legal restrictions on religious conversion in eight states, was another matter of concern in the report.

“Some journalists and media persons reportedly experienced violence and harassment in response to their reporting,” the report said and cited a Press Council report that at least 80 journalists had been killed since 1990 and only one conviction had been made.

The State Department report said that journalists and activists, particularly women, were subjected to online and mobile harassment, with some getting thousands of abusive tweets from trolls.

While highlighting the periodic shutdown of Internet services, particularly in Kashmir, and prosecutions for online postings, the report noted that the “mass electronic surveillance data-mining programme” of the Central Monitoring System (CMS) which “continued to allow governmental agencies to monitor electronic communications in real time without informing the subject or a judge”.