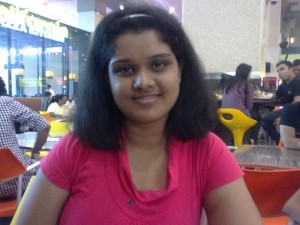 Mumbai, July 26 (IANS) Next week, US President Barack Obama and his wife will host 12 differently-abled people from all over the world, including one from Mumbai, for an exclusive dinner at the White House.

The lucky Mumbaikar from suburban Goregaon is athlete Neha P. Naik, 23, who is a Special Olympics International Global Messenger, besides taking part in the 100 metres and shot-put events.

“It is a great honour and I feel very good. It’s the best birthday gift I can get,” an excited Neha told IANS here, in the midst of last-minute preparations for the momentous occasion slated at the White House July 31.

She turns 24 July 27, her equally excited mother Asha and realtor father Prakash Naik said. The family originally hails from Goa and is now settled in Mumbai.

For the event, Neha will be accompanied by her mentor and teacher Jonita Rodrigues of the 33-year-old Punarvas Education Society’s Shri Devrajji Gundecha Punarvas Special School & Vocational Training Centre for Mentally Handicapped.

Asha said that Neha was born a normal child, but suffered high fever at the age of five, which affected her natural mental growth.

Since then, Prakash and Asha dedicated their entire life for Neha – their only child – looking after her special requirements, needs and extra-curricular activities.

At Punarvas, though she lagged behind in studies, Neha more than made up in her speaking abilities and athletics.

She is gifted with a unique, convincing manner of speaking and addressing audiences, leaving a permanent impression on the listener, said Asha.

This talent is what got her an opportunity to represent India as a SOIGM since the past five years around the world.

Something that she plans to display before President Obama, if granted an opportunity.

“I plan to inform him about the special needs of special children all over the world. How they need more educational institutions, hostels and then suitable jobs to make them truly independent in society,” Neha said earnestly.

She explained that there are many special children in farflung areas in India who cannot come up in or cope with life as they don’t have proper educational facilities within reach.

Neha, who plans to don a Anarkali Salwar Kameez suit for the White House dinner, has already conveyed her love for cooking and savouring Indian and Chinese non-vegetarian cuisine!

The White House dinner – for which she flies early Tuesday – has been organised by the Special Olympics.

Besides, she also participates in Special Olympics athletic events and trains young athletes in India, teaches reading and writing skills to others youngsters requiring special attention.

When asked about her plans to settle down in life, Asha laughs.

“Neha’s priority is to get a good job and become independent before settling down. She is studying computer programming and web-designing and is hopeful of getting a suitable placement. Marriage can always follow,” Asha said.