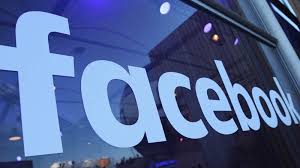 New York, Nov 8 (IANS) Over 9.3 million Indians have since March 23 last year generated over 40 million likes, posts, comments and shares related to the US presidential election, Facebook revealed on Tuesday.

Facebook released the data as America goes to elect its 45th President later on Tuesday.

The data revealed that between March 23, 2015, and November 1, 2016, a total of 289 million people around the world generated 10 billion likes, posts, comments and shares related to the US election.

The data has been traced from March 23 last year — the day first candidate Ted Cruz of the Republican Party announced his candidacy for President.

Facebook said that in 2015, the most talked-about topic worldwide on Facebook was the US presidential election, with people using the platform to debate, discuss and engage with the campaign for election.

The three presidential debates and the release of the “Access Hollywood” tape has been listed among top 10 moments of the campaign on Facebook.