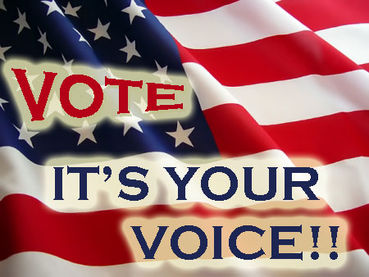 Washington, Nov 4 (IANS) As Americans headed for the polls Tuesday, pundits predicted that Republicans would likely snatch the Senate to leave President Barack Obama facing an opposition controlled Congress in his last two years in office.

But with several races too close to call, “likely runoffs in Georgia and Louisiana, along with late vote counts in Alaska, Colorado and Iowa, will mean Senate control may remain in doubt beyond Tuesday night,” it said.

The same could be true for governors’ races in Colorado, New Hampshire, Georgia and Florida, the Times said.

“Math is forbidding for Democrats in struggle for Senate,” wrote the influential Washington Post suggesting, “On the last day of the 2014 campaign, Democrats knew they were in trouble.”

“Long ago, the party had given up hope of winning back the House in Tuesday’s midterm elections. By Monday, it had skipped ahead to winning the post-election blame game,” it said.

But Vice President Joe Biden insisted all was not lost. “I don’t agree with the oddsmakers,” he told CNN “I predict we’re gonna … keep the Senate.”

The news channel als acknowledged that “though Republicans appear on track to take the Senate majority for the first time in nearly a decade, polls can be wrong.”

A record 30 Indian-Americans are contesting Tuesday’s US elections with four of them seeking a two-year term in the House, two running for governorships, three more for other top state jobs and 20 eyeing legislative seats in 15 states

Prominent among Desi contestants to the House are Democrat Amerish ‘Ami’ Bera, only the third Indian-American lawmaker in US history, and a former Obama administration official Rohit ‘Ro’ Khanna, who is giving a run for his money to veteran fellow Democrat Mike Honda in Silicon Valley.

Shiv Mandir of Atlanta Discourse/Talk on Who is Siva?