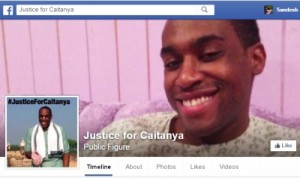 Panaji, Jan 22 (IANS) Friends of Caitanya Lila Holt, 30-year-old US national, who died after allegedly choking on mud in a paddy field last week, have started an online campaign on the social media seeking justice for the former US soldier.

The #JusticeforCaitanya campaign started on Facebook on Thursday, alleges that Caitanya, a member of the International Society for Krishna Consciousness (Iskcon) in the US was “murdered by a lynch mob and the police in Goa. We seek Justice!”

As part of the campaign, a letter has been sent to Goa’s lawmakers questioning the circumstances in which Holt was killed, insisting on the lynching theory.

“He was a United States soldier in US Air Force. He was a lifetime member of Iskcon and a devotee of Lord Krishna. We demand justice. We will not stop till you investigate his murder and arrest the people responsible,” a letter addressed to Goa’s legislators said.

Ohio-born Caitanya Lila Holt died reportedly choking on mud in the paddy field in Korgao village of North Goa as he was chased by the villagers and police after being mistaken for a thief.

It was also reported by the media that Holt was beaten up by some individuals in the mob who chased him.

A subsequent post-mortem conducted in the presence of the US embassy officials and an Iskcon member deputed by Holt’s family, revealed that he died of asphyxia caused by choking on sludge.

Body injuries of non-fatal nature were also acknowledged in the post-mortem conducted by a panel of forensic doctors of Goa Medical College.

Superintendent of Police (North Goa) Umesh Gaonkar told IANS that the deceased was cremated earlier this week in the presence of family members.

“We are in contact with the US embassy and investigations in the case are still on,” Gaonkar said on Thursday.

While the Opposition has alleged that Holt’s death was technically murder, Chief Minister Laxmikant Parsekar termed the incident unfortunate and said the American died accidentally.

Caitanya’s family used to live in Washington, but later moved to Ohio, when he was young and as a child Caitanya was a regular visitor to the Iskcon temples in both the US states.

The campaign, which has the letter addressed to Goa’s legislators uploaded on the social networking site, alleges the murder theory.

“How did he end up face down in the mud? How did he sustain wounds on his head and body? Why was he running in fear for hours?,” the note in the Facebook campaign says, raising questions.

“Claiming that no one is at fault here will only hurt your reputation and position. even a child can see he was murdered and you are covering it up… Do the right thing. Lord Krishna is watching,” the letter adds.

The campaign also contains videos of a condolence meeting in Ohio following Caitanya’s death and photos of the former US Air Force soldier, several of them were performing with Indian musical instruments.

I hated the word 'Pansy' and I was called that as a child: Karan Johar

I was a bully and mischievous in school: Ranveer Singh