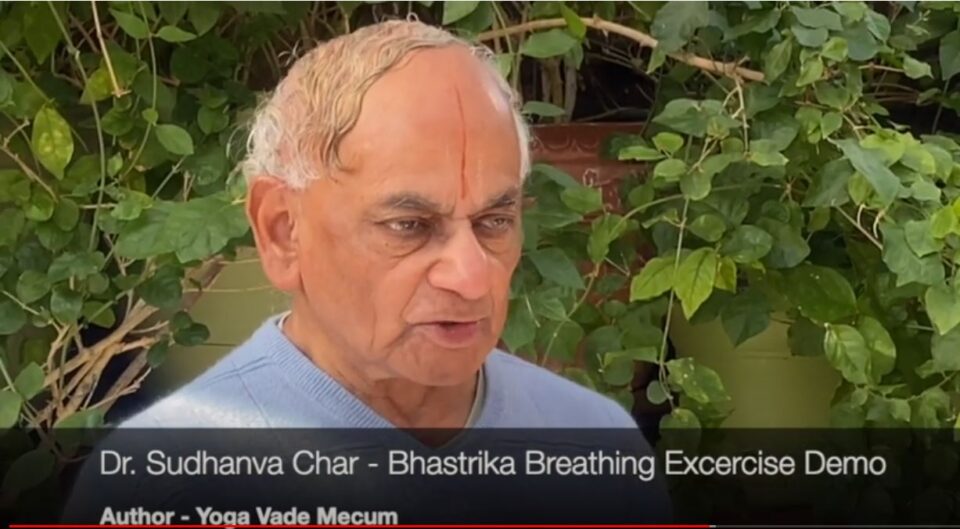 Atlanta, GA, February 1, 2022: “Yoga is an invaluable gift of India’s ancient tradition. It embodies unity of mind and body; thought and action; restraint and fulfillment; harmony between man and nature; a holistic approach to health and well-being. It is not about exercise but to discover the sense of oneness with yourself, the world and the nature. By changing our lifestyle and creating consciousness, it can help in wellbeing. Let us work towards adopting an International Yoga Day,” Indian Prime Minister Modi proposed during his speech at the United Nations General Assembly on 27 September 2014. The Resolution passed with majority of countries supporting it. Since then, June 21 every year the world observes the International Day of Yoga and celebrates the wisdom of this ancient practice encompassing a set of scientific techniques for robust health and wellness. Today it is being practiced in over 180 countries.

Expanding on its far-reaching effects in both physical and mental arenas, Atlanta based author and Yoga Guru, Dr. Sudhanva Char presents the effectiveness of Yoga intervention for some of the major health afflictions including, asthma, backache, cardiac concerns, cancer, COVID-19, depression, diabetes, genetic typos, geriatric issues and many other health issues in his book, Yoga Vade Mecum (YVM).

A befitting ode to Yoga from a trained Yoga Master, YVM also offers scientific yoga tips for healthy pregnancy and delivery, irregularities in monthly cycles and post-menopause issues. YVM also emphasizes how yogic wisdom can be utilized for longevity.

How does YVM stand apart amidst the multitude of books available in the market for Yoga?  YVM’s significance, Dr. Char elaborated in his exclusive with NRI Pulse, is the presentation of the outcomes of scientific techniques of treatment with yoga intervention and clinical evidence of benefits and side effects, including adverse side-effects.

“Its increasing popularity can be attributed to the fact that there is burgeoning awareness of Yoga as a sine qua non for physical, mental and spiritual fitness. Such fitness is imperative for any progress in one’s life. For folks suffering any illness, lack of direction and pointlessness in life, Yoga is manna from the heavens. The world needs yoga today more than ever before, because of both yoga therapeutics as well as yoga prophylactics,” notes Dr. Char.

What is the main purpose of YVM? “In today’s skeptical milieu, nobody accepts therapeutic claims of different health modalities, whether allopathy, ayurveda, yoga, unani, siddha or homeopathy (AYUSH). To be up to standard, such a claim needs to be backed or validated by scientific evidence consisting of outcomes of random controlled trials and tests (RCTs),” evidence of yogic remedies from scientifically controlled tests for a variety of human morbidities. Dr. Char presents this evidence including RCTs and meta-analysis with in-depth research based on Journal of American Medical Association, New England Journal of Medicine, Lancet, Biomed Central (BMC) journals, Indian Journal of Medical Sciences, and many others in the area of Yoga discipline too.

YVM delves deep into the various ways Yoga transforms the working of the body providing relevant scientific findings such as generation of GABA Gamma Aminobutyric Acid), which is generated in the human body with the practice of Yoga. The GABA levels, Dr. Char writes, “get reduced when a person has mood and anxiety disorders. With that the conscious mind in the cortex is more exposed  to the deleterious impact of bad news or damaging activity.  GABA inhibits neuro-communication. Stress then gets handled by parasympathetic nervous system instead of the overworked and fatigued sympathetic nervous system. Fight or Flight syndrome manifests itself through Hypothalamus- Pituitary-Adrenal glands (or the HPA) axis. When the axis is over-activated, excess corticosteroid is generated and that raises a red flag for health. With Yoga, YVM elaborates, help increase GABA levels, helping as a synaptic inhibitor decreasing anxieties. Be it blood pressure or back ache, distress or distraction, YVM provides guidelines and evidence of the inner working of Yoga.

YVM is richly embellished with numerous stimulating snippets such as this along with real-life examples that prove the efficiency and benefits of Yoga, rooted in science. YVM also zooms into public health and the ways in which it can be curtailed while advancing wellness standards of people several notches higher with virtually no cost.

“YVM, as the very name suggests is a vade mecum for all persons, and more so for those in the health and yoga profession, “states Dr. H.R. Nagendra, Chancellor, SVYASA, Bangalore in his Foreword to YVM. I couldn’t agree more. Reinforcing Kalidasa’s quote in his magnum opus Kumara Sambhavam- “Sharira maadhyam khalu dharma sadhanam”, roughly translating to Only with a healthy and strong body can any worthwhile goal in life (in any domain of the four purusharthas of Dharma, Artha, Kama and Moksha) can be achieved, YVM sheds knowledge and research of the outcomes of Yoga in clear and crisp language to maintain the mind and body in harmony.

Yoga aficionados or not, Yoga Vade Mecum is a keepsake that could change your life. Let YVM lead the way to healthier life.

Dr. Sudhanva Char obtained his Ph.D. in Industrial Economics, Gokhale Institute of Economics, Pune India in 1978 and has served as an Executive with a unit of the Mahindra Group and later Professor of Statistics and Economics, Life University. Currently he serves as Adjunct Professor, Biostatistics at Life University. He has won several excellence awards for research and for teaching. Dr. Char obtained his Yoga teaching certification from Kaivalyadhama Yoga Institute, Mumbai in 1985. He has been teaching Yoga ever since.

Dr. Char has over 140 publications in numerous academic journals and in the lay press. He has authored many books including Agricultural Income Tax (1968), ABCs of Hinduism  (1994), Economic Impact of 1996 Summer Olympics on Atlanta (1995), Breathing Techniques and Life (2005), Yoga Styles and Brands (2006) among many others.