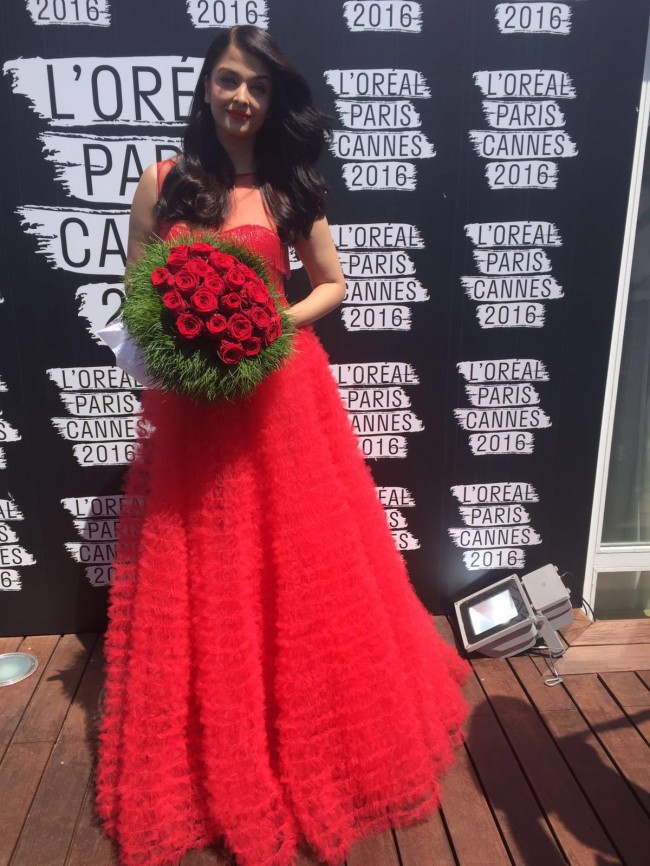 Paris, May 14 (IANS) Indian-American designer Naeem Khan’s designs are drawing attention from the creme de la creme. After US First Lady Michelle Obama flaunted one of his creations at an important event earlier this week, Bollywood actress Aishwarya Rai Bachchan chose to flaunt a red ruffled gown from the New York-based designer for an appearance at the Cannes Film Festival. 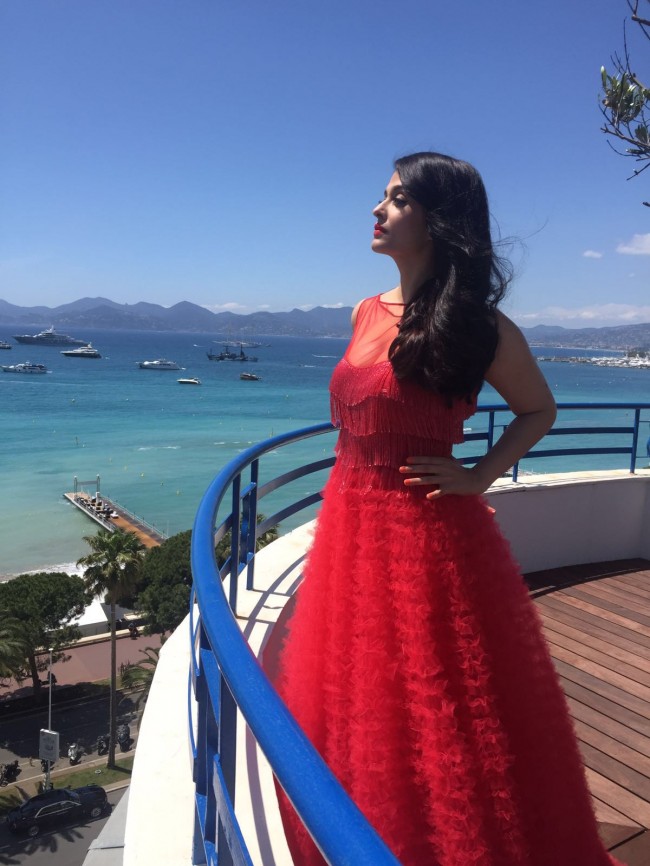 On the terrace of Hotel Martinez, post her press interactions, the L’Oréal Paris team celebrated the 15th year ‘Canniversary’ of Aishwarya by cutting a cake and presenting her with a bouquet of red roses.

The actress is busy setting trends on red carpet looks of the international movie extravaganza, which will conclude on May 22.

This year, the gala is also special to her as her forthcoming film “Sarbjit”, a film which brings forward a sister’s fight for getting justice for her brother convicted of terrorism and sentenced to death in Pakistan, will also be screened at the ongoing fest.