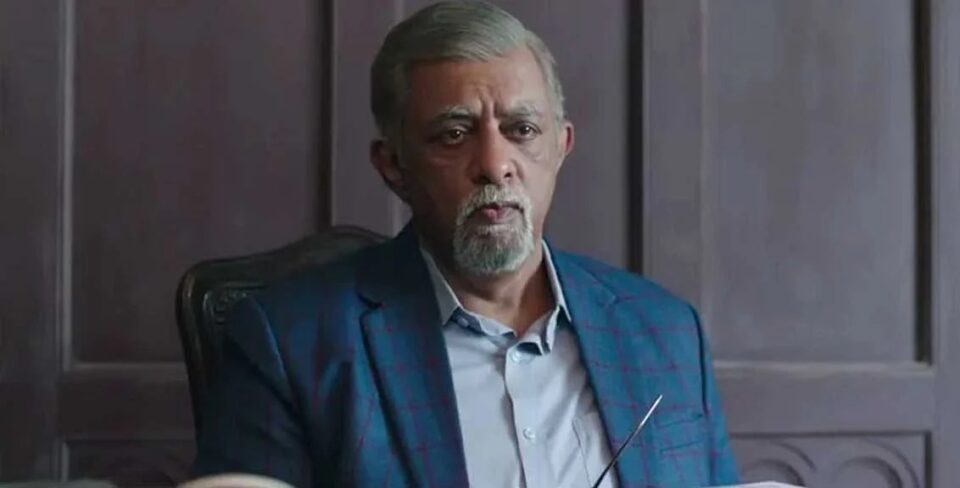 Mumbai, April 11 (IANS) Actor-screenwriter Shiv Kumar Subramaniam, who is widely remembered for his role as Alia Bhatt’s father in ‘2 States’ and most recently was seen in Sanya Malhotra and Abhimanyu Dassani-starrer ‘Meenakshi Sundareshwar’, passed away on Monday.

The cause of his death is not known at this moment.

The actor passed away two months after the demise of his and wife Divya’s only child – Jahaan, who succumbed to brain tumour, two weeks before his sixteenth birthday.

Filmmaker Hansal Mehta took to his Instagram to share the news of the actor’s demise. He notified his followers about the cremation time and the place for the same.

‘Gangs of Wasseypur’ filmmaker Anurag Kashyap also took to his Instagram to grieve the loss of Subramaniam, who is known for penning the screenplay of the Vidhu Vinod Chopra directorial ‘Parinda’. Sharing a long note, he shared how Shiv was instrumental in shaping his career.

Kashyap wrote, “The year 1992, I was doing a play with Jan Natya Manch and we came to Mumbai to perform at the Prithvi Theatre Festival, the first person, my first celebrity I spotted at Prithvi was Francis from ‘Parinda’ which was Shiv Subramaniam, also the writer of the film.”

He further shared an anecdote from the time when he was desperate to break into the industry, “The year 1994 .. I was working on my first independent script for a production house called Media Classic , the condition to which was that my script will be made only after the one that was in pre-production, written by Shiv Subramaniam and to be directed by Shivam Nair. They were having issues with the script and I was the desperate young writer waiting for my turn.”

He revealed as to how he convinced them to let him have a chance at the script, “There came the time when they were just about ready to give up on the film ‘Auto Narayan’ which was under pre-production. I requested them to let me have a go at the script and not shelve it, so my film gets made afterwards. Very gracefully Shiv and Shivam allowed me to do so. ‘Auto Narayan’ got made and my script never did (sic).”

He added as to how Shiv helped him in getting his due credit as a writer on the script, “After seeing the film, Shiv Subramaniam asked Shivam to also put my name as the writer’s credit on the film. That’s how I got my first screenwriting credit in this film industry. That ‘Auto Narayan’ led me to RGV and ‘Satya’ happened (sic).”

“I owe so much of what I am to Shiva Dada and we hadn’t been in touch for long with me owing to my continuous bad health and state of mind. Waking up to hear the heartbreaking news of Dada passing away has just taken so much out of me. Rest in peace Shiv Subramaniam. The most generous, beautiful man I’ve known,” Kashyap concluded.