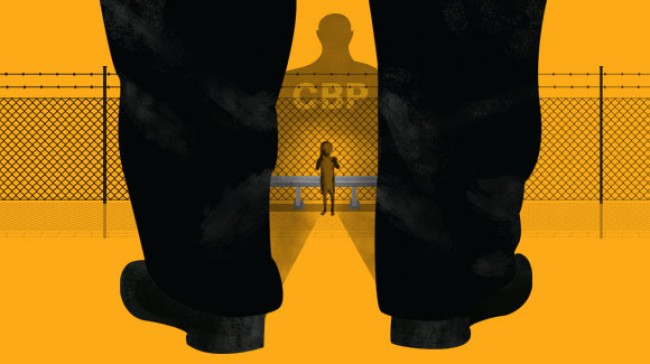 Atlanta, GA, May 25, 2018: Documents obtained by the American Civil Liberties Union featured in a new report released recently show the pervasive abuse and neglect of unaccompanied immigrant children detained by U.S. Customs and Border Protection. The report was produced in conjunction with the International Human Rights Clinic at the University of Chicago Law School.

“These documents provide a glimpse into a federal immigration enforcement system marked by brutality and lawlessness,” said Mitra Ebadolahi, ACLU Border Litigation Project staff attorney. “All human beings deserve to be treated with dignity and respect regardless of their immigration status — and children, in particular, deserve special protection. The misconduct demonstrated in these records is breathtaking, as is the government’s complete failure to hold officials who abuse their power accountable. The abuse that takes place by government officials is reprehensible and un-American.”

The report is based on over 30,000 pages of documents dated between 2009 and 2014. The documents were obtained by the ACLU Foundation of San Diego & Imperial Counties and the ACLU Foundation of Arizona through a Freedom of Information Act lawsuit co-counseled with Cooley LLP. The documents feature numerous cases of shocking violence and abuse against migrant children, many of whom arrived in the United States fleeing violence in their home countries.

“The students reviewing these records were shocked by the abuse and neglect these children were subjected to at the hands of U.S. officials. The fact that these children were already so vulnerable — most traveling alone in hopes of escaping violence and poverty in their home countries — made the unlawful and inhumane actions reflected in the documents even more distressing,” said Claudia Flores, faculty director of the International Human Rights Clinic at the University of Chicago Law School.

Law students in the International Human Rights Clinic examined a subset of the records obtained. The documents show numerous cases involving federal officials’ verbal, physical and sexual abuse of migrant children; the denial of clean drinking water and adequate food; failure to provide necessary medical care; detention in freezing, unsanitary facilities; and other violations of federal law and policy and international law. The documents provide evidence that U.S. officials were aware of these abuses as they occurred, but failed to properly investigate, much less to remedy, these abuses.

Examples of the documented abuses include allegations that CBP officials:

The report also shows evidence of CBP holding migrant children in excess of the 72-hour maximum period permitted by law, as well as officials’ efforts to deport children without due process and via coercion.

“It’s terrifying to think that the horrible abuses described in these documents can continue and perhaps worsen under the Trump administration,” said Astrid Dominguez, director of the ACLU Border Rights Center. “It’s unacceptable that there are no mechanisms in place to shed light on CBP’s abuses and ensure accountability.”

The report provides an overview of key trends that converged to create a crisis of migrant child abuse in CBP custody, the largest federal law enforcement agency in the United States. The documents obtained from the government show no evidence that any of the abuses detailed therein were ever meaningfully investigated, much less that the officials responsible were held accountable.

The ACLU of San Diego & Imperial Counties launched a new website which includes the CRCL documents, and a timeline of the Border Litigation Project’s efforts to obtain these crucial documents from the government over the past four years.

Certain personally identifying information — such as the names of government officials, migrant children, and other third parties — has been withheld from the records released in response to the ACLU’s FOIA request and subsequent litigation.

More information on the report and documents is available here:
https://www.aclusandiego.org/civil-rights-civil-liberties/

A joint venture to check heart attacks in India, US