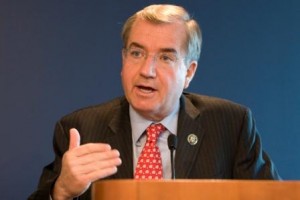 Washington, Dec 10 (IANS) With the victory of Bharatiya Janata Party in assembly elections in four Indian states, a controversial resolution critical of the party’s prime ministerial candidate Narendra Modi is losing traction in the US Congress.

Spearheading the effort to derail the resolution is US India Political Action Committee, an Indian American pressure group decrying it as “intended to influence India’s upcoming elections by focusing on the 2002 Gujarat riots some 11 years after the incident”.

The House resolution 417 introduced last month by Republican members Joe Pitts and Frank Wolf while praising “India’s rich religious diversity and commitment to tolerance and equality” commends the US government for denying a visa to Modi “on the grounds of egregious religious freedom violations”.

It also “urges all political parties and religious organisations to publicly oppose the exploitation of religious differences and denounce harassment and violence against religious minorities, especially in the run-up to India’s general elections in 2014”.

Over the weekend, Ed Royce, influential Republican Chairman of the House Foreign Affairs Committee, to which the resolution was referred, issued a statement at the behest of USINPAC saying it “weakens, rather than strengthens, the friendship between the US and India”.

“The resolution runs counter to all the hard work that the American people, particularly those in the Indian American community, have done to improve the relationship,” he said.

As committee chairman, Royce said he was “focused on the critically important relationship between the US and India”.

“Our two nations share many common values and strategic interests. India plays a central role in the Asia-Pacific region, and we must do our part to ensure that India is a centrepiece of America’s rebalance to Asia,” he stated.

A couple of days earlier, Steve Chabot, Republican chairman of the House Foreign Affairs Subcommittee on Asia and the Pacific, withdrew his name as an original cosponsor of the resolution.

While Royce and Chabot did not mention Modi in their statements, Eni Faleomavaega, the top Democrat on the subcommittee on Asia and the Pacific, criticised the resolution for “failing to note that India’s Supreme Court has found no evidence against Modi”.

The House resolution “purports to praise India’s rich religious diversity and commitment to tolerance and equality while reaffirming the need to protect the rights and freedom of religious minorities,” he noted.

“However, rather than praising India, the Resolution focuses on the 2002 Gujarat riots some 11 years after the incident while failing to note that India’s Supreme Court has found no evidence against Modi.”

“From now until the elections in India,” USINPAC said it “will spare no effort in making sure the US Congress does not intentionally or unintentionally influence the outcome of India’s upcoming elections”.

“India is a sovereign nation and its citizens have a right to choose their leaders,” it added.