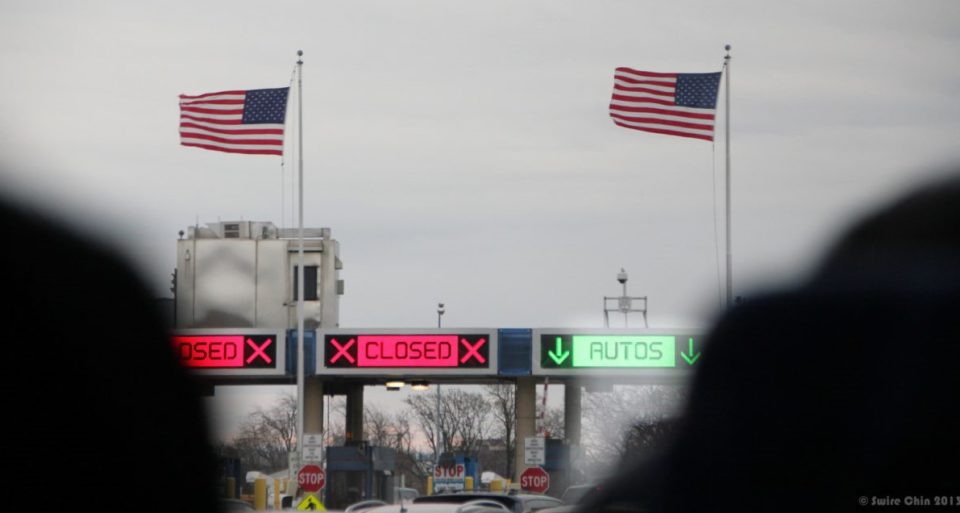 New York, July 1 (IANS) A third Indian man has been caught within a month allegedly smuggling marijuana valued at millions of dollars from Canada into the United States, according to officials.

Prabjot Nagra, 26, was arrested while bringing in 4,296 kg of marijuana valued at $20 million in a commercial truck across the Peace Bridge connecting the two countries near the Niagra Falls, officials said on Monday.

“For the third time in as many weeks, the diligence of Customs and Border Protection Officers has resulted in the seizure of literally tons of illegal controlled substances destined for our country,” James Kennedy, the federal prosecutor for Western New York said.

Arshdeep Singh, 21, was caught smuggling 816 kg of marijuana valued at $2.5 million on June 5 and Gurpreet Singh, 30, was arrested on June 13 while transporting 1,517 kg of marijuana worth $5 million, according to prosecutors.

Like Nagra, they are also Indian citizens and used commercial trucks with trailers to cross the Peace Bridge about 20 kilometres from the Niagra Falls with the contraband, officials said.

Nagra and Gurpreet Singh face a minimum sentence of 10 years in prison because of the quantity allegedly smuggled and Arshdeep Singh five years.

Nagra was arrested when an x-ray of his truck that was said to be carrying 55 storage containers showed “inconsistencies” in the trailer and an examination found the marijuana in vacuum-sealed bags before midnight last Thursday, according to prosecutors.

It was probably the largest seizure of marijuana at the northern border in New York, WIVB TV reported quoting an official.

Kennedy said, “We will remain vigilant to protect our border from those who seek to profit from the importation of these illegal substances, as they not only fuel the violent drug trafficking organizations who distribute them but jeopardize the health and well-being of those, including minors, who use it.”

Using marijuana for recreational purposes, growing it and possessing it is legal in Canada since 2018.

While federal regulations in the US make all marijuana use, growing and possession illegal, New York State allows it only for medical purposes when prescribed by a doctor for certain illnesses.