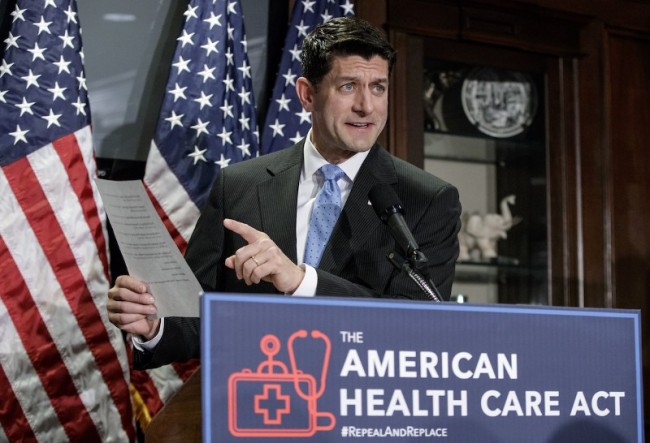 Washington, May 25 (IANS) The healthcare reform proposed by US President Donald Trump to “repeal and replace” ObamaCare, will leave 23 million US citizens without health insurance over the next decade, the Congressional Budget Office (CBO) has said.

The American Health Care Act (AHCA) was narrowly approved earlier this month by the Republican-controlled House of Representatives, the first major political accomplishment for Trump.

In that vote, the new bill passed only narrowly in a 217-213 vote after Republicans were twice unable in March to collect enough votes to pass it.

The CBO said the AHCA proposal would reduce the US budget deficit by $119 billion, significantly less than the $150 billion reduction calculated earlier, Efe news reported.

House Speaker Paul Ryan said that the figures confirm that the aim of the proposal is to reduce the deficit and the premiums that patients must pay.

The new analysis by the CBO, a non-partisan entity that reports to Congress, makes it even more difficult for Republicans in the Senate, where they hold a slim majority, to approve the measure that was passed in the House, with its much more conservative stamp, on May 4.

Republicans are traditionally more focused on reducing the amount of healthcare spending in the US budget than on broadening medical coverage.

Shortly before the CBO figures were announced, Senate Majority Leader Mitch McConnell expressed his doubts that he could assemble a simple majority to approve the so-called Trumpcare proposal.

In an unusual move, the House voted three weeks ago on the proposal without waiting for the CBO to issue its analysis, and McConnell emphasized that the Senate would wait to have that data in hand before moving forward on drafting its own version of healthcare reform.

The Democratic opposition, meanwhile, emphasized the negative consequences for people in light of the CBO analysis, focusing particularly on the loss of coverage for tens of millions of citizens.

The White House, for its part, rejected the CBO estimates as untrustworthy.