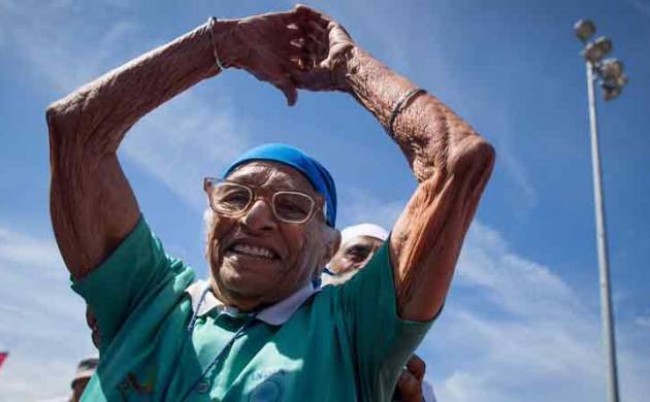 Auckland, April 28 (IANS) The 101-year-old athlete Mann Kaur has become the oldest person to Sky Walk around Aucklands famous landmark Sky Tower.
The athlete from India had the world at her feet after a record breaking day at the World Masters Games in Auckland, New Zealand on Thursday. Having set a new world record on the field, she stepped out 192 metres above Auckland city to become the oldest person to Sky Walk around the city’s famous landmark.
She held her 79-year-old son Gurdev Singh’s hand as she inched along the narrow platform towering high above the city centre.
“Everyone should do this, everyone should come here and visit Sky City”, she said in a statement.
Kaur, who hails from Punjab in India, is the oldest competitor and has completed the 100 m, 200 m, shot put and javelin events.
In her final competition at the Trusts Stadium in Waitakere, West Auckland on Thursday, she broke the Guinness World Record for javelin with a throw of 5m 12 taking her gold medal tally to four.