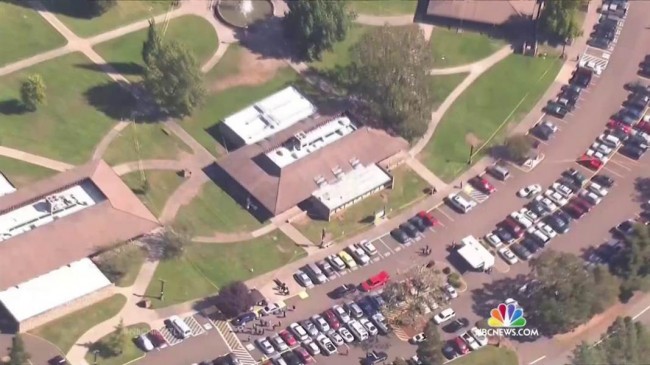 Washington, Oct 2 (IANS) Gun violence in America has claimed a thousand times more lives than Americans killed through terrorist attacks in a decade, yet the country refuses to pass tough gun laws in the face of a powerful gun lobby.

“We’ve become numb to this,” a sad and angry President Barack Obama said after Thursday’s mass shooting at a community college in Oregon left 10 people dead and as many injured.

“Somehow this has become routine. The reporting is routine. My response here at this podium ends up being routine,” he said, addressing the nation for the 15th time in response to a mass shooting in the seven years of his presidency.

He hoped and prayed that he would not have to come out again under these circumstances, “but based on my experience as president, I can’t guarantee that”, said the president who looks at failure to get tough gun laws passed as his greatest frustration.

Using numbers from the Centre for Disease Control and Prevention, CNN reported that 316,545 people died by firearms on US soil from 2004 to 2013 – a thousand times more than 313 killed by terrorism.

During the same period, 277 US citizens were killed overseas as a result of incidents of terrorism, according to the US State Department. Another 36 people were killed in domestic acts of terrorism bringing the total to 313.

Among the incidents included in the CNN compilation was the August 5, 2012 massacre at a Sikh temple in Oak Creek, Wisconsin where an American white supremacist shot six Sikh worshippers dead and wounded four others.

According to Everytown for Gun Safety, a gun-control group founded by New York City’s former mayor Michael Bloomberg, 88 people are killed by gun violence in America each day.

Since the December 2012 shooting at Sandy Hook Elementary School in Newtown, Connecticut, there have been at least 142 school shootings in America — an average of nearly one a week, the organization said.