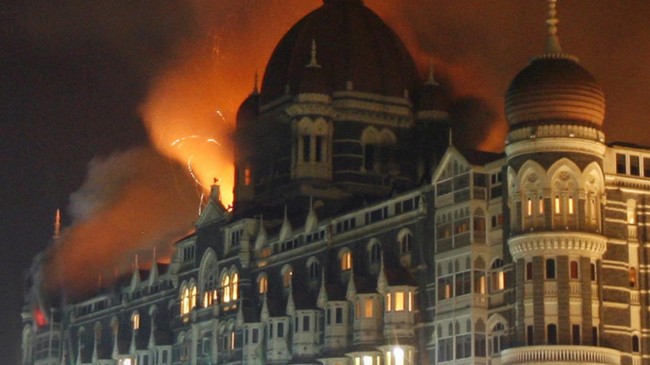 New Delhi, Dec 22 (IANS) In one of the “most devastating near-misses in spycraft”, intelligence agencies of India, the US and Britain failed to foil the 2008 Mumbai terrorist attack despite information from high-tech surveillance and other tools, The New York Times said Monday.

The daily said it had pieced together the story from classified documents, court files and dozens of interviews with current and former Indian, British and American officials.

According to the Times, 30-year-old computer expert Zarrar Shah “roamed from outposts in the northern mountains of Pakistan to safe houses near the Arabian Sea in the fall of 2008, plotting mayhem in Mumbai”.

Shah, the technology chief of the Pakistani terrorist group Lashkar-e-Taiba (LeT), and fellow conspirators used Google Earth to show terrorists the routes to their targets in the city, it said.

“He set up an Internet phone system to disguise his location by routing his calls through New Jersey.

“Shortly before (the) assault (on Mumbai) that would kill 166 people, including six Americans, Shah searched online for a Jewish hostel and two luxury hotels, all sites of the eventual carnage.”

But he did not know that by September the British were spying on many of his online activities, tracking his Internet searches and messages, according to former American and Indian officials and classified documents from former American security contractor Edward J. Snowden.

Shah also drew similar scrutiny from an Indian intelligence agency, according to a former official briefed on the operation, the Times said.

“The US was unaware of the two agencies’ efforts, American officials say, but had picked up signs of a plot through other electronic and human sources, and warned Indian security officials several times in the months before the attack,” it said.

The Times said: “What happened next may rank among the most devastating near-misses in the history of spycraft.

“The intelligence agencies of the three nations did not pull together all the strands gathered by their high-tech surveillance and other tools, which might have allowed them to disrupt a terror strike so scarring that it is often called India’s 9/11.”

The daily quoted India’s former National Security Advisor Shivshankar Menon as saying: “No one put together the whole picture. Not the Americans, not the Brits, not the Indians.”

Menon added that only after the shooting started in Mumbai in November 2008 that everyone shared what they had, largely in meetings between British and Indian officials, and then “the picture instantly came into focus”.

The British had access to a trove of data from Shah’s communications but contend that the information was not specific enough to detect the threat.

“The Indians did not home in on the plot even with the alerts from the US.”

The Times said that David Coleman Headley, a Pakistani-American who scouted targets in Mumbai, exchanged incriminating emails with plotters that went unnoticed until before his arrest in Chicago in late 2009.

“US counterterrorism agencies did not pursue reports from his unhappy wife, who told American officials long before the killings began that he was a Pakistani terrorist conducting mysterious missions in Mumbai.

“That hidden history of the Mumbai attacks reveals the vulnerability as well as the strengths of computer surveillance and intercepts as a counterterrorism weapon,” it said.

However, later cooperation among the spy agencies helped analysts retrospectively piece together “a complete operations plan for the attacks”, a top-secret NSA document said.