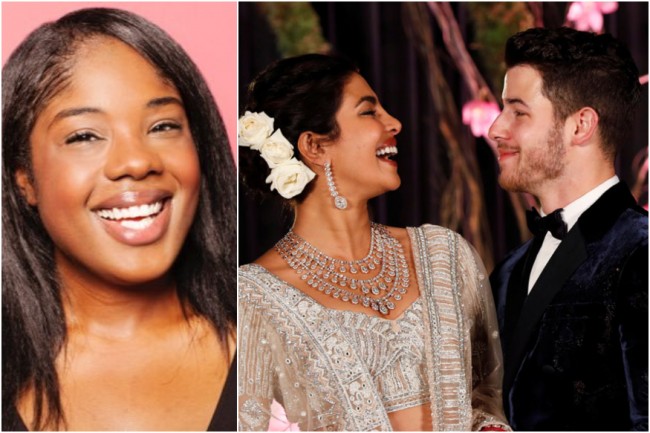 New York, Dec 8 (IANS) Mariah Smith, the writer who called Indian actress Priyanka Chopra a “scam artist” in an article, has apologized for the insinuations.

“I want to sincerely apologize to Priyanka Chopra, Nick Jonas, and to the readers I offended and hurt with my words. I do not condone racism, xenophobia, or sexism. I take full responsibility for what I wrote, and I was wrong. I am truly sorry,” Smith posted on Twitter.

The apology was in reference to an article she penned for The Cut following Priyanka’s wedding to American singer Nick Jonas in India.

In Smith’s opinion, Priyanka “is a modern-day scam artist”.

“Nicholas Jonas married into a fraudulent relationship against his will this past Saturday, December the 1st, and I’ll tell you why I think so…,” the article read.

She further wrote: “Priyanka’s indulgences and what she views as necessities speak volumes to her personality and what she’ll do, or think she needs to do, for her career….”

Smith said the couple had a high profile wedding just to make money.

“Priyanka and Nick are finding ways for their ‘love’ make them money – circumventing the methods used by the celebrities of yore, who stuck to selling their wedding or baby photos to magazines,” the article added.

The piece was heavily criticised by actors from the Indian film fraternity. Names like Sonam Kapoor and Swara Bhasker said it reeked of envy, bitterness and racism.

The Cut withdrew the article before Smith issued her public apology on social media.