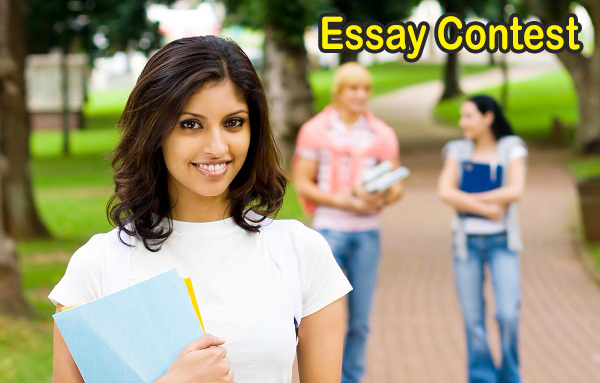 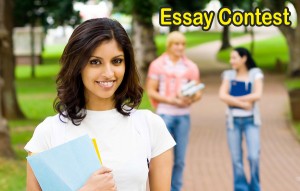 Atlanta, GA, July 14: Last month, we asked Indian-American teens to submit an essay on the topic, ‘Growing up Indian in America’. We had a total of 15 submissions; seven in the senior age group (16-18 years) and eight in the junior group (13-15 years).

“It was good to see the perspectives of these youngsters,” said Ajay Vishwanathan, one of the judges. “From being embarrassed by their Indian lunches to becoming aware (and eventually respectful) of the space they occupy between the two cultures, the experiences were intriguing to read.” The other judges echoed his sentiments.

We are pleased to feature the two winning essays, one from each category. Congratulations to the winners! Later this month, we will feature other notable essays.

Imperialism. It’s a word that the entire world was familiar with when Great Britain was a force to be reckoned with. Snatching up territory to expand its sphere of influence, the unassuming island claimed lands from the bottom tip of Africa to the northern regions of the Americas.India was also caught in its wide cast net, tangled in fishing line, but jumped to turn back to water.

In the traditional sense of the word, imperialism is now obsolete. Countries don’t stake claim to territories; they influence others by diplomacy, military, and most importantly, culture.America’s cultural imperialism is very subtle, taking the form of a boosted denim industry in Korea and a greater likelihood of spotting a Kentucky Fried Chicken in India. If my India-dwelling counterpart is swaying from her traditional Indian culture, then how am I, a first generation America-dwelling desi, supposed to stick to mine? This imperialism is not only the root of an internal struggle, but also led to the birth of the American-born Confused Desi (ABCD).

But sometimes, this dual-culture can be confusing. Do we go to the new Hollywood blockbuster with trendy actors, or do we go to the run-down theater on the other side of town to see the Bollywood box office hit? Do we press a single button on our car sound system to get English music, or do we shuffle through our Hindi music playlists on our phones while simultaneously rushing to find the aux cord at a red light? How many times can we make a conscious decision to immerse ourselves in American culture before we can no longer make a list of the Top 10 Shah Rukh and Kajol moments from film, or forget the words to our favorite Hindi song? How much time does it take for us before keeping up with Bollywood movies, Hindi songs, Indian sports and current events becomes too taxing?

Being an American-born Confused Desi is difficult. We dwell on the dichotomy between American and Indian culture, with a cultivated respect for both. We go through phases where being Indian is easier, but usually the American phase predominates. Maybe some can sit on the bridge between the two, but such cases are regarded as rare.

However, even the most ‘white-washed’ Indian treasures and possesses the remnants of his Indian heritage. He might wear Polos and Sperry’s to school, but he still remembers how to play the tabla from the lessons he took as an elementary school kid. She might refuse to speak Hindi at home, but she will always oil up her rusty vocabulary before speaking on the phone with her thamma. And even the most ‘fresh off the boat’ Indian still captures part of the essence of American culture growing up, despite his boycott on Hollister tees and McDonald’s fries.

ABCDs lie on a spectrum of Indian-American culture, but can never reach one side completely. This diversity within diversity is what makes the Indian community inAmericaremarkable. Instead of consisting of two primary colors blue and yellow, an American-born Confused Desis is one of thousands of shades of green. We might have struggled growing up in two worlds, but as young adults, we appreciate our unique cultural perspectives, our atypical social experiences, and our great fortune of having been born into a culture with such a storied past and present.

We are criticized for being too Indian by Americans, and too American by Indians. But by our own standards, we are all sitting on a bridge together.

Culture has a significant role to play on one’s life and defines the character of a person, so being Indian-American, our world is split between two cultures, forcing us to play a dual role. For instance, we spend half-day at school living as an American, and at home experience a true Indian lifestyle. As an Indian in America, we face the world with self-identification issues, are open to a wider selection of opportunities, and have an impact on society from the moment we are born.

We grew up in a society where media has taken over the way children see the world. Wherever they look, they see an ideal American lifestyle which their family differs from. In the United States, Miss America is considered to be the beauty image of the nation. Our Indian community was recognized as a whole when Nina Davuluri was crowned Miss America in the year 2014. In an interview with Fox News, Davuluri stated, “Growing up as a girl, I imagined Miss America to always be the girl next door,” with the intent to emphasize the cultural preferences seen within the United States and its impact on the younger generation.

The differences in skin, eye, and hair color influences insecurities in an average Indian American. Furthermore, Nina Davuluri conveys a negative connotation to her perspective as a young girl to emphasize the idea that young Americans are brainwashed in a way to believe blond hair, white skin, and blue eyes are ideal for beauty and social acceptance.  I have seen many peers at school that conceal their lunch boxes, forgetting the hard work and time their moms spent in preparing their lunch. Children at times feel obligated to conceal what makes them unique because everywhere they look, they see the stereotypical American family. This self-identification problem poses a question whether their lifestyle is “correct”.

Although experiencing life inAmerica as an Indian can be difficult, the positives outweigh the negatives. Young Indian-Americans have already proved by now that we are a ‘cut-above’ in studies than any other ethnicity, several schools’ rating have inclined, where we have predominant Indian population; being bilingual gives Indian-Americans a better comprehensive ability over other peers.

I faced many hardships growing up due to my cultural differences in the  country. I have realized that this culture is worth embracing. I am proud to be in a culture that has expanded so much and by the year 2020, one out of every three Americans will be of Indian descent.  We are given the ability to experience a whole new culture without having to leave the house. This expands our knowledge of the world around us making us more aware of the circumstances we face. The bond of sharing a culture and language makes our Indian society stronger as a whole, allowing us to create stable friendships among one another. In our culture we are fond of putting together events to educate not only the younger generation but non-Indians too. These events open the eyes of many who aren’t aware of the cultures practiced in their own country. As actress Rani Mukerji said, “Once you understand and appreciate other people’s cultural backgrounds, then you can also connect with them more.”

Schools in America contain a diverse group of students, and when we are all put together, we are bound to experience new cultures. During lunch, we see food from all over the world come together in one room, and in social media we see special events held from different cultures. We play a big role in this cycle as we practice our Indian culture because we open the eyes of others that we socialize with. Studies have shown kids who are open to various cultures around the world have an “independent view of themselves”, meaning that they define themselves based on personal traits and characteristics. This is an opportunity for kids to stand out and express themselves in a unique way.

In conclusion, the Indian culture we practice has an everlasting impact on the society we live in. Identity and culture is what builds ethnicity, causing us to face the hardships in life, making us stronger as a person and makes us realize the impact we have on the peers around us.

I am proud to be a part of Indian culture that is full of life, color and various diverse festivities. Our culture believes in unity in diversity, religious tolerance and universal acceptance. The determination and effectiveness of our community to pass on this rich and radiant culture to younger generations puts us in the forefront. As Mahatma Gandhi once said, “A nation’s culture resides in the hearts and in the soul of its people.”

The essays were graded blind by this panel of five judges- all with great writing credentials. Thank you for your time and effort, judges!

WriteRight has a special offer for NRI Pulse essay contestants and readers: