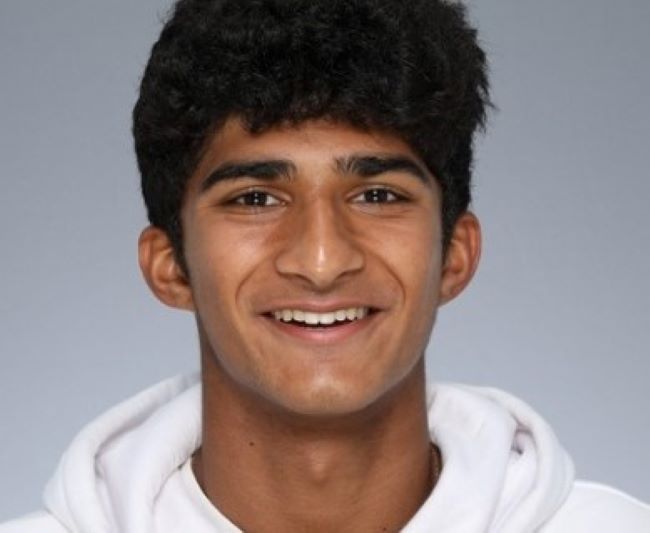 The 17-year-old right-hander from New Jersey beat Sascha 7-6(3), 4-6, 6-2in two minutes short of two hours in their semi-final encounter.
Samir will take on fellow American Victor Lilov in the first all-American final since 2014. Victor outplayed China’s No. 1 player Juncheng Shang 6-3, 6-1 in the other semi-final.

It was superb performance from Samir, who is 19th in the ITF junior rankings as of July 5, 2021, as he sent down seven aces as compared to three by Sascha, and earned 67% points on first serve compared to 57% by his French rival.

Samir, who started playing tennis at the age of six, made 27 unforced errors as compared to 33 by Sascha, who struggled with his serve and sent down 11 double faults. Samir had just four double faults.

And what was impressive was that Samir, who is from Basking Ridge in New Jersey, could produce such a performance on Court No. 1, one of the show courts at the All-England Club.

“It was crazy, that’s definitely the biggest crowd I’ve played in front of. And I think I had the crowd support for the most part, so that was an amazing experience, and then to win on top of that is something I’ll remember forever,” Samir told the official website.

He has committed to play for Columbia University in the autumn and draws inspiration from several players who took the college tennis route before.

“Growing up, I think college was always in the picture, I was going to use tennis to get to college. Obviously trying to play at the highest level I could and then go to college and maybe after college try to go pro. I think I didn’t really expect this,” he said of his run to the Wimbledon junior final.

Though he made it to the final of one of the most prestigious tennis tournament sin the world, Samir said he still wants to go to college.

“I’m really happy with my commitment to Columbia, the coaches there I’m really buying into their vision. I think it’s a really good stepping stone. Obviously with Indian parents, they definitely want me to go to college and not just skip the whole… and just go right to pros. And I think it would be a good character-building kind of thing, because I’m not sure if I’m fully ready to just fully go pro yet, so as of right now, I’m still probably going to go to college,” he told the official website of Wimbledon.