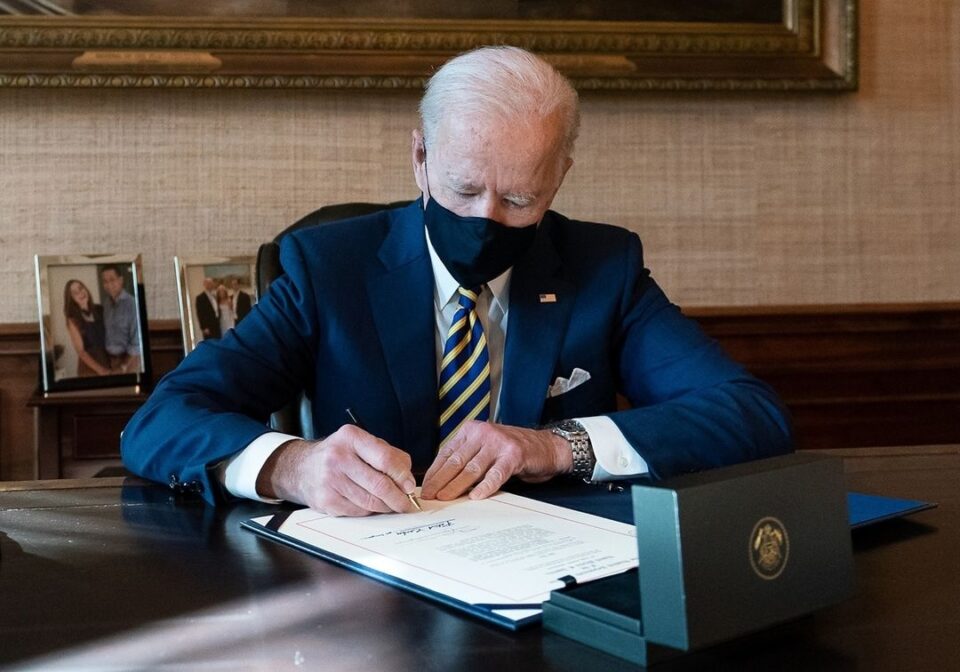 As Joseph R Biden prepared to swear in to take charge of the American Presidency, his predecessor, the 45th president Donald Trump took off into obscurity. Biden is indeed taking over a country dived on political and racial lines. His top priorities are to tackle a mismanaged pandemic, a plummeting economy, and other misdeeds of the previous president.

America grew from a collection of colonies since the 1700s into a mighty force in the world. Her motto, proposed by Thomas Jefferson, was ‘E Pluribus Unum’ – one from many. It was to reaffirm the unity of the original thirteen colonies that joined to form the United States of America. The strength and great resolve of the people made America a wealthy powerhouse.

However, the land of opportunities lately is on somewhat shaky ground due to unprecedented ideological differences. The many homegrown distractions promoted by the far-left and far-right factions are building discontent, racial tensions, and extremist behaviors.

Donald Trump won the American Presidency as a Washington outsider, a successful businessman, and a savvy television personality. He promised to ‘drain the swamp’ by eliminating bureaucratic red tapes, partisan gridlocks, and quick legislative actions. His overly brash demeanor appealed to the white working class and the evangelicals – a major force in presidential elections. Their belief was so strong that they even forgave him for his wild obsessions and risqué transgressions.

As Trump rejoiced his victory, he promised a slew of practical and not-so-viable agenda items to solidify his base. His followers liked the mantra, ‘Make America Great Again’.

Unfortunately, during the Trump presidency, confusion and chaos reigned, thus triggering innumerable difficulties for Americans. By his own making, he became a ‘lame duck’ president, ineffective and unsuccessful. His promises became problematic as they were complicated and required congressional approval.

Donald Trump left the presidency on Jan 20th in shame after being impeached twice, the first president in U.S. history. His legacy will linger on as the only president who incited violence and insurrection to overthrow a legitimate presidential election.

Now that Mr. Biden has taken up the helms of the most powerful nation in the world, his path is littered with hurdles that may cause slowdowns to fulfill the agenda. His plate is full and has a long list of issues to tackle to bring peace, civility, confidence, and a sense of belonging to the people.

Biden’s long service history in the legislature, his experience as the Vice President, and his uncanny ability to bring adversaries together still may face tests from his political foes. His priorities are charting a new course to build confidence in people, managing the public health catastrophe and a sinking economy.

Biden has started reversing many of the controversial policies of his predecessor. Polices have already been announced to chart a new course to pandemic management, a devastated economy, and failed international relations. He has a momentous task of rebuilding trust and respect among the citizens. As a ‘bridge builder’, Biden is taking steps to build bridges across the great divide and partisan and ideological factions.

However, it appears that there is no honeymoon for Biden as his adversaries are playing party line petty politics overlooking the broader cause. Thus, his agenda likely may face less than bipartisan consensus.

Toning down the rhetoric to appease both sides of the ‘great divide’ has already started by the rationally minded people. However, the division America faces today is real, and it may take a long time to heal and come together. If anyone can bring Americans together, it would be President Biden with his empathetic, and consensus building mindset.