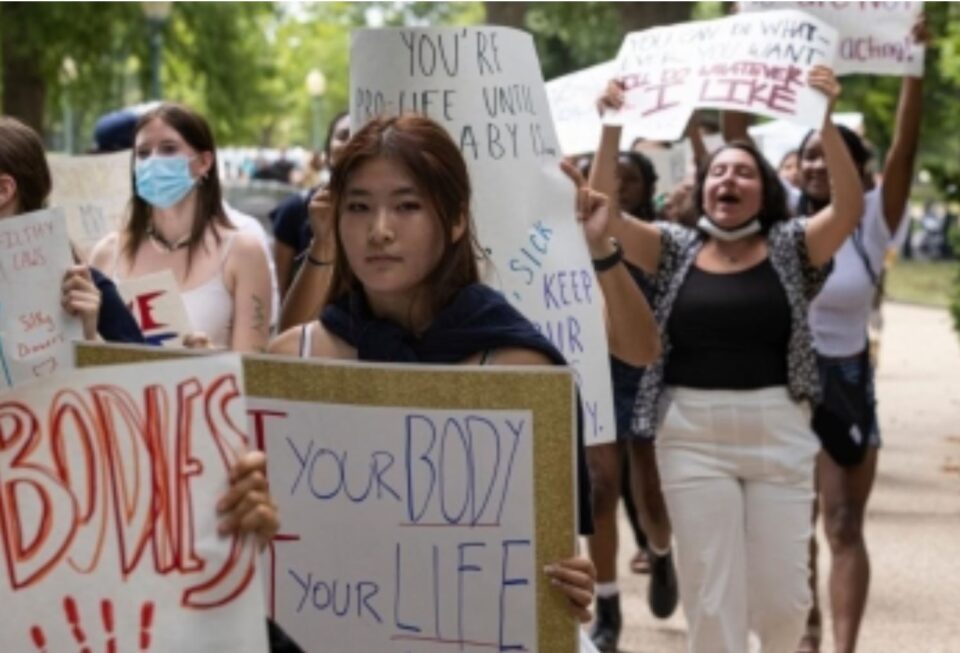 President Joe Biden on Friday took strong exception to the court’s ruling to rescind federal abortion rights, while appealing to people, especially women, to remain calm as several of them have gone on nationwide protests against the apex court’s ruling.

President Joe Biden said on Friday that the Supreme Court’s decision to overturn Roe v. Wade puts American women in danger, calling it a “sad day” for the judicial body and the country. “Now with Roe gone, let’s be very clear. The health and life of women in this nation are now at risk,” Biden said in a Friday afternoon speech at the White House.

Biden said the landmark 1973 abortion rights case had not only protected a woman’s right to make personal decisions in consultation with her doctor, it reaffirmed women’s equality and reinforced privacy rights.

The 1973 Roe v. Wade Supreme Court judgement penned by the judge legalized abortion in the US finding resonance throughout the country with lower courts also endorsing the women’s right to legally abort a child with doctors’ consent if it was borne out of rape, incest or deformities or simply poverty for an upbringing if the fetal age was 28 weeks or seven months. With advances in medical science, it was brought down to 22 weeks or six months. The petitioner then was the 22-year-old plaintiff, Norma McCorvey. And ‘Wade’ was the defendant, Henry Wade, the Dallas County (Texas) district attorney at the time.

‘Roe’ struck down laws that made abortion illegal in several states and ruled that abortion would be allowed up to the point of fetal viability, that is, the time after which a fetus can survive outside the womb.

Fetal viability was around 28 weeks (7 months) at the time of the ‘Roe’ judgment nearly 50 years ago. Now brought down to 23 or 24 weeks (6 months or a little less), and newer studies show this could be further pegged at 22 weeks. An average pregnancy lasts about 40 weeks, doctors say. The moral Question was Mothers right to have the baby or not vs an embryo or infant’s right to survive, making it a very complicated issue.

What is the status of abortion in the US now?

As no federal law now exists to protect abortion rights of women, the overturning of �Roe’ leaves abortion laws entirely up to the states to interpret and give a ruling. Conservative right-wing states are likely to return to laws that prohibit abortions before the Supreme Court set the fetal viability standard in 1973.

Activists and progressive politicians have said that the availability of clinics, insurance payouts, are crucial issues that form part of the struggle of many women even with the backing of ‘Roe’. With this legal backing gone, access could become even harder.

Indian American man gunned down while sitting in his parked SUV

Harris makes history as acting US president amid speculation on future