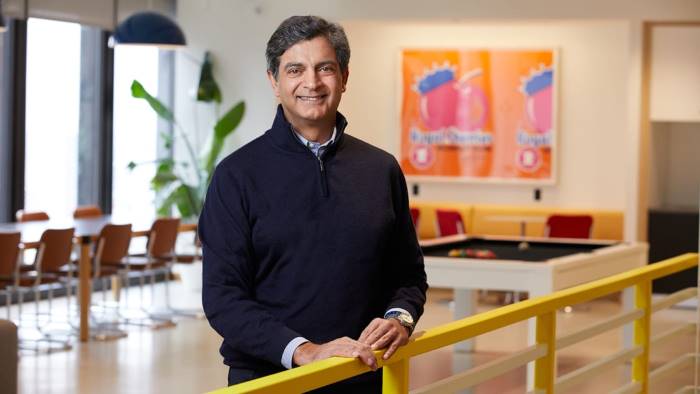 The new role for Mathrani, who most recently served as CEO of Brookfield Properties’ retail group, will be effective from February 18. He will also be a member of the company’s Board of Directors, WeWork said late on Saturday.

Mathrani will report to Marcelo Claure, who will remain Executive Chairman, WeWork said, adding that Mathrani’s deep real estate experience and skills are complementary with those of Claure.

Mathrani’s appointment comes at a crucial time when WeWork is trying to stabilise its business following its failed attempt to go public last year and the departure of the its Co-founder and former CEO Adam Neumann.

Following the setback which led to dramatic fall in its valuation, Japan-based technology investor SoftBank took 80 per cent ownership of the company and infused into it $5 billion in new financing.

“I am honored to be joining WeWork at this pivotal time in its history. The company has redefined how people and companies approach work with an innovative platform, exceptionally talented team and significant potential if we stick to our shared values and maintain our members-first focus,” Mathrani said in a statement.

Mathrani succeeds co-CEOs Artie Minson and Sebastian Gunningham. Minson and Gunningham will remain with the Company through a transition period to ensure a smooth onboarding process, WeWork said.

“Over the past 100 days since I joined WeWork, we have made tremendous progress strengthening the business. As an important first step, we have recapitalised the business and have a plan that will provide us access to in excess of $2.5 billion in liquidity to execute our growth plans,” said Claure who is part of the SoftBank Group.

“With a strong liquidity position in place, we have also established a five-year, growth-led transformation plan that we believe will position WeWork to achieve profitability on an adjusted EBITDA basis by 2021 and positive free cash flow in 2022. We continue to make important changes to implement a strong management team that better enables the Company to execute,” Claure added.

Prior to serving as CEO of Brookfield Properties’ retail group, Mathrani held the position of CEO of General Growth Properties (GGP Inc.) for eight years, during which the company was recapitalised in November 2010, experienced eight years of growth, and in August 2018 was sold to Brookfield Property Partners.

Prior to joining GGP in 2010, Mathrani was President of Retail for Vornado Realty Trust, where he oversaw the firm’s US retail real estate division and operations in India comprised principally of office properties. During his tenure, he was responsible for stabilising and growing the portfolio.

Before that, he spent nearly a decade as Executive Vice President at Forest City Ratner, where he was tasked with starting and growing a new platform of retail properties across the five boroughs of New York City.