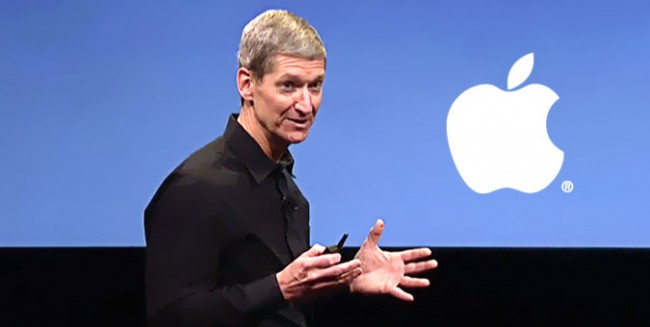 Washington/New Delhi, July 27 (IANS) As the sales of Apple iPhones went through a global slowdown barring in India, the Cupertino-based tech giant’s CEO Tim Cook has announced to soon open retail stores in the country — a move that brings to the fore the global importance of the burgeoning Indian smartphone market.

Apple’s third-quarter net income plunged 27 per cent to $7.8 billion on a decline of iPhone sales. It sold 40.4 million iPhones in the quarter, compared with 47.5 million in the same period of 2015.

But sales of the Apple devices in India rose 51 per cent in the last three quarters compared with a year earlier, Cook said on Tuesday.

“India is now one of our fastest growing markets. In the first three quarters of this fiscal year, our iPhone sales in India were up 51 percent year on year. We’re looking forward to opening retail stores in India down the road and we see huge potential for that vibrant country,” The Wall Street Journal reported, citing Cook.

The announcement was made on the sidelines of Apple’s Q3 2016 earnings call.

India is expected to overtake the US as the second-largest smartphone market next year with robust annual growth, a Morgan Stanley report said recently.

“After realising the increasing importance of India to its core businesses, Apple is now turning its India-entry plans into reality. Having its own stores will help provide better user experience to its prospective customers which, in turn, will help Apple spruce up the business,” Vishal Tripathi, Research Director at global market consultancy firm Gartner, told IANS.

“Having said that, Apple will also need to work very closely with their existing partners to understand the finer nuances and maximise the returns,” he added.

Revenue for the third fiscal quarter contracted by 14.6 per cent to $42.36 billion compared with revenue of $49.6 billion in the same period last year because of the drop in iPhone sales for the second consecutive quarter, Efe news reported.

The company reported that its gross profit margin was 38 per cent.

Meanwhile, Apple’s chief financial officer Luca Maestri said the results had exceeded their expectations in a quarter marked by currency fluctuations and comparisons between iPhone’s latest model, the 6S, and the best-selling iPhone 6.

Apple’s profits suffered the first decline in 13 years in the quarter ending March 26 and iPhone sales contracted for the first time in history, a setback that halted the meteoric rise of the tech giant.

One of the problems is the slowdown of the company’s businesses in China which Apple sees as the next growth engine.

Services including the App Store and cloud storage (iCloud), among others, generated revenue of $6 billion, a 18.9 per cent increase compared to a year ago.

Apple also expects a gross margin between 37.5 and 38 per cent during the current quarter ending September and anticipates revenues of between $45.5 billion and 47.5 billion.

Apple shares currently are down 8.2 per cent since the start of the year.

In his much awaited meeting with Prime Minister Narendra Modi, the 55-year-old Apple head stressed the possibilities of manufacturing and retailing Apple devices in the country.

Bullish on India’s upcoming 4G revolution, Cook told an Indian TV channel that 4G is critical for India’s progress — thus setting up the roadmap for a possible alliance with some big players to help Apple open more retail stores in the country.

“I am looking at India holistically and we are here for the next thousand years,” Apple CEO Tim Cook had asserted.

According to Faisal Kawoosa, lead analyst with CyberMedia Research (CMR), a nod to import and sell refurbished iPhones at a cheaper price would have put Apple in a very advantageous position in the country.

“At a time when its revenues have taken a hit globally, selling its products in mid- and low-price segment would give the company an upper hand,” he had told IANS.

Tripathi added. “It will benefit to buy from an Apple store if the cost and alternative buying options like EMI are the same as compared to partner stores.”

Novel way to clean drinking water a hope for India