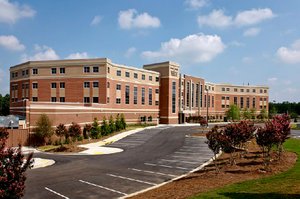 Atlanta, GA:  The Washington Post’s list of most challenging U.S. high schools was just released. Gwinnett School of Mathematics, Science, and Technology (GSMST) earned the top ranking in Georgia and was ranked 19th in the south and 26th in the nation. The Post ranks schools using a “Challenge Index” that considers the number of students attempting tough courses as measured by enrollment and test-taking in Advanced Placement, International Baccalaureate, and Advanced International Certificate of Education courses. GSMST ranked 26th out of 2,300 schools nationwide. The only other Georgia school in the top 100 nationwide is St. Andrew’s, a private school in Savannah, which ranked 97th. Gwinnett’s Meadowcreek High School ranked 140th nationally.

How did Gwinnett high schools rank compared to their peers in Georgia on the Washington Post Challenge Index?

The following explanation of the “Challenge Index” was provided in the Washington Post:  The list is based on the Challenge Index. Schools qualify only if they give at least as many AP, IB or AICE exams in a year as they have graduating seniors. They are then ranked by their tests-to-graduates ratio. The Index also includes a sampling of private schools. While the ranking considers the number of AP, IB and AICE tests given, it doesn’t weigh how well the students do.