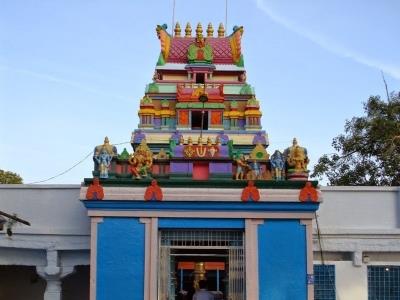 Hyderabad, Feb 22 (IANS) With issues related to the H-1B visa likely to come up during talks between Prime Minister Narendra Modi and United States President Donald Trump, devotees at a temple here are seeking the divine blessings for softening the US’ stance.

The devout are offering a couple of extra ‘pradakshinas’ (circumambulations) at Chilkur Balaji Temple. On the occasion of Maha Sivaratri on Friday, thousands sought Lord Balaji’s intervention.

The special prayers were held on the eve of Trump’s two-day India visit, beginning February 24.

The special prayers were not surprising as the temple is popular among youngsters as ‘Visa Balaji’. Students and techies believe that praying at the temple helps them easily secure a US visa.

Thousands of youngsters who want to go to the US for higher studies and jobs perform 11 pradakshinas (circumambulations) before attending the visa interview.

Head priest M.V. Soundararajan told IANS that when the aspirants get visa, they come to the temple again and perform 108 ‘paradikshanas.’

“These days the devotees are offering two extra pradakshinas, praying to the Lord to change the mind of US President so that he relaxes visa rules,” he said.

The temple officials said a large number of H-1B visas aspirants or their representatives visit the temple.

According to them, the number of devotees increased after Trump announced his decision to impose restrictions on H-1B visas for non-immigrants.

On the occasion of Shivaratri, the temple was thronged by a large number of youngsters who offered additional ‘paradakshinas’ praying to the Lord Balaji to relax the visa rules.

It is estimated that about 5,000 visa aspirants did two additional pradakshinas on Shivaratri.

The priest said the youth repose their faith in Lord Balaji by offering prayers. He was confident that their prayers will be answered and that Trump administration would relax the rules to enable the hardworking and skilled techies from India get visas without undue restrictions.

According to another priest C.S Gopalakrishna, about 2,000 devotees visit the temple on normal days while the number of US visa aspirants praying at the temple on weekends and special occasions goes up to 5,000.

The temple does not have a ‘Hundi’ or donation box and ‘pradakshina’ is the simple offering one has to make, he said.

Number of Indian applicants at US universities drops this year