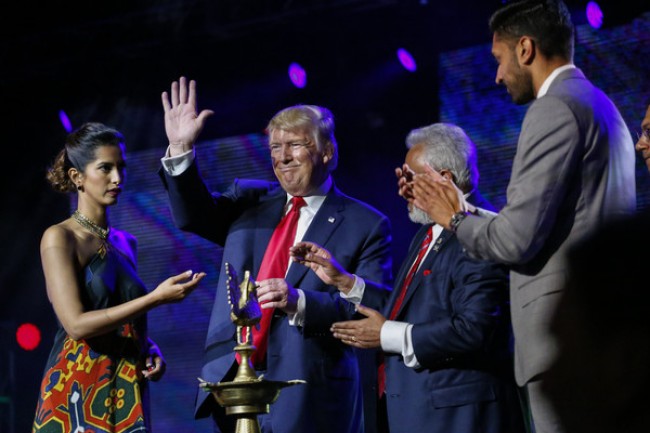 “The emergence of an outsider as the next President of the most powerful nation in the world is an unprecedented achievement in modern American politics. The active participation of a greater number of Hindus in the electoral process is a welcome development towards the continued empowerment of the American Hindu community. The outcome of the US election has shaken the very foundations of the post world war era ideological framework. President Trump has a unique opportunity to create a new framework for governance, economic growth, international relations and global security. Hindus and India could be effective resources that the new President can utilize to create a better America and a more peaceful and prosperous world,” the release said.

“USHA invites the newly elected President, members of Congress, as well as the leadership of state and local bodies to expand their outreach to Hindus in America and improve the ties between America and the Hindu world, especially the largest democracy, India,” USHA added.

USHA also applauded the efforts of all those who helped ensure a fair and free election throughout the country.

“America’s orderly and peaceful transition of power through the democratic process continue to inspire people around the world in the power and promise of democracy as the most preferred form of government,” it said.