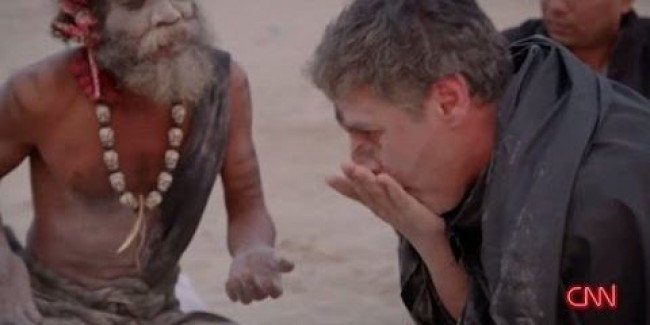 Atlanta, GA, March 10: The US Hindu Alliance (USHA), through a press release, has appealed to all Hindus living in America to join protest rallies being planned in major American cities against CNN this weekend. In addition, it urged the Hindu public to support the various initiatives taken by Hindu organizations “to register our collective contempt for CNN’s effort to spread racial hatred and bigotry”.

On Sunday, March 5, 2017, CNN broadcast a controversial and xenophobic documentary on Hinduism and a little known sect among Hindus called the Aghoris on Reza Aslan’s “Believer Series”. Even before the show was aired, Hindus across the world were concerned about its obvious aftereffects on Hindus everywhere.

“CNN failed to satisfy Hindu demands for truth and fairness in representing innumerable facets of their heritage which inspire ways to live in harmony with other cultures, animals and Mother Nature. Instead of interviewing and showing the world a more complete view of the Hindu tradition via renowned Hindu spiritual leaders, thinkers and practitioners along with the Aghoris, CNN interviewed a drug addict and wacko masquerading as an Aghori Sadhu. The traditional Aghori Sadhus who display difficult and extreme Yoga practices do not number more than a few thousand in a total Hindu population of 1 billion people. By distorting and misrepresenting the traditional Aghori sect, CNN has literally degenerated into a fake news production company.  In addition, the CNN documentary falsely pictures the holy river Ganga as a “giant toilet” with shots of garbage, dirty people, and a dead cow, a perfect theater to portray India as a land of poverty, oppression and savagery,” the statement said.

“As a result, Hindus across the world are outraged by CNN’s apathy towards the sentiments of Hindus worldwide, its narrow mindedness and lack of journalistic ethics. At a time when Hindus are bullied, harassed and even physically attacked, the last thing that is expected of a responsible news organization is to further aid and abet racial hatred and bigotry. CNN’s show has succeeded in doing both.”

Various Hindu and Indian organizations are organizing protest rallies this weekend in major metropolitan areas, including Atlanta and New York. The protests will take place in front of CNN offices and its global HQ in Atlanta. “We urge all Hindus to join these protests and express our strong contempt for the irresponsible actions of CNN. In addition, various other measures are being taken to counter CNN’s bigoted views,” the release said.

For information on the Atlanta protest, please visit: https://www.facebook.com/CNNAntiHindu

For information on the New York protest, please visit: https://www.facebook.com/njhindusnorth/

For information on protests in other cities, please contact: