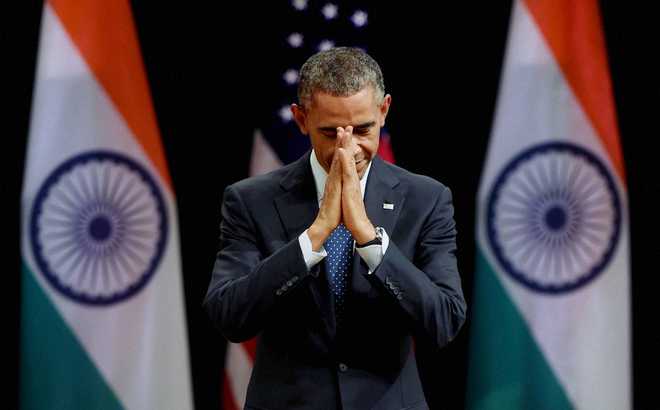 Washington, Aug 15 (IANS) The US on Saturday assured India that as it “continues its tryst with destiny into the 21st century, it will find in the US a willing and able partner in the cause of freedom, democracy and prosperity”.

The assurance came in a message of best wishes from Secretary of State John Kerry on behalf of President Barack Obama and the people of the US to the people of India on the country’s 69th Independence Day.

“Today we commemorate the legacy of India’s freedom fighters, including Mahatma Gandhi, Jawaharlal Nehru and Sardar Patel, whose message of non-violence established a united, inclusive republic and served to inspire leaders from around the globe,” the message read.

On his many visits over the years, Kerry wrote, “I never cease to be amazed by India’s rich national identity.

“From the snow-capped peaks of the Himalayas to the jungles of the Western Ghats, India is a stunningly beautiful landscape with rich cultures, histories and peoples united under one nation.

“Since 1947, India has stood as a beacon for the world: as an economic power that prides innovation, as a resilient democracy in the face of terror, and as a strategic power that upholds international norms,” he noted.

“As the world’s largest democracies, the US and India stand side by side in defending and promoting the freedoms and values we hold dear,” Kerry said.

As was highlighted during President Obama’s visit for India’s Republic Day in January, the US “takes pride in our indispensable partnership with India, a friendship built on our shared democratic values, the entrepreneurial spirit of our people, and our shared interests”, he said.

“As India continues its tryst with destiny into the 21st century, it will find in the US a willing and able partner in the cause of freedom, democracy and prosperity,” Kerry said ending the message with “Jai Hind”.