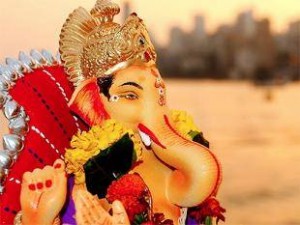 Washington, March 8 (IANS) US authorities are investigating whether a bronze statue of Hindu god Ganesha sold to Ohio’s Toledo Museum of Art by arrested Indian art dealer Subhash Kapoor was a stolen piece.

The museum was contacted just over a week ago by the US Justice Department regarding the bronze figure it bought from Kapoor, an antiques dealer and owner of Art of the Past Gallery in New York City, according to Toledo Blade.

He is facing trial in India on charges of illegal export, conspiracy and forgery.

The investigation is in its very early stages, said Kelly Garrow, communications director for the museum, adding the museum will cooperate fully.

“We’ve been asked to submit some documents, and we’ve complied with that request,” Garrow was quoted as saying.

The museum acquired the statue on display in its Asian Sculpture Gallery in 2006 from Kapoor, who later gave 56 small terracotta idols to the museum.

The museum also bought seven other pieces from Kapoor between 2001 and 2010.

The museum has not been asked to turn over the Ganesha, which closely resembles a figure listed as stolen in an Indian police report.

The item is one of 18 metal idols missing from a village in Tamil Nadu.

The museum’s web site says the Indian police sent the museum copies of the report along with photos of the looted goods in July last year.

The museum insists it did adequate research before buying the disputed piece.

“At the time of consideration, the museum received a provenance affidavit, and the curator personally spoke to the listed previous owner,” the statement says.

“The object was also run through the Art Loss Registry with no issues detected.”

The National Gallery of Australia last month filed a lawsuit against Kapoor seeking the return of $5-million it paid for a 900-year-old bronze Nataraja dancing Shiva statue which was allegedly stolen from India.

Documents filed in the New York County Supreme Court have stated that the Shiva statue was one of 21 works of art purchased by the gallery from New York-based Kapoor between 2002 and 2011.