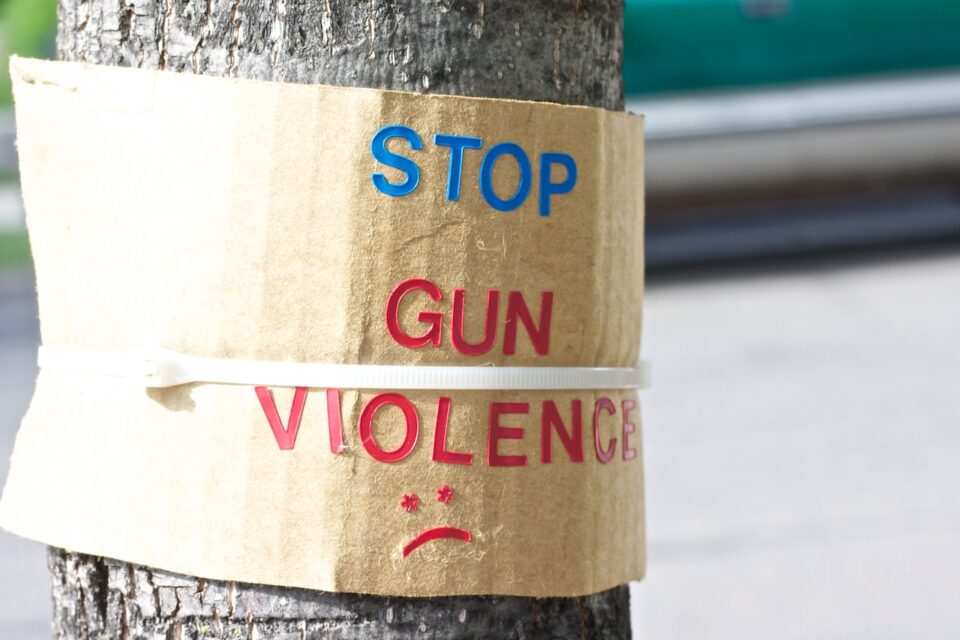 The United States needs help. It is the only country in the world that witnesses school shootings and mass shootings with such regular frequency. And it has failed to stop them.

External intervention can come from the United Kingdom, Australia, Canada and New Zealand, the close Five Eyes allies that have successfully confronted gun violence at home.

Other allies and partner countries can help as well, as can the United Nations. The US needs some tough love.

The US has not only failed to stop these shootings, it has become numb to them. The aftermath of each such tragedy is a string of predictable steps – an outpouring of outrage, grieving relatives and survivors, press conferences by law enforcement officials, heart-wrenching stories about victims, studied silence about the shooters, presidential visits in some cases and the usual airing of urgently needed steps and measures.

It was not moved enough even by the massacre of 21 first-graders at Newtown, Connecticut, in 2013 or the killing of 14 high-schoolers in Parkland, Florida, in 2018. And now 19 children have lost their lives in Uvalde.

President Joe Biden said he is “sick and tired” of these shootings. His anguish and frustration has been echoed since by scores of US lawmakers, law enforcement experts, news personalities.

There have been 27 school shootings this year alone, and 214 mass shootings.

Mass shootings have become so tragically commonplace that there is even a checklist of guidelines for city officials for what to do in the first 24 hours. The US failure to stop these shootings is rooted in its politics more than anything else.

Any gun law reform move, however small or big, is seen and portrayed by conservatives – backed and funded by the powerful gun lobby – as an attempt to curb Americans’ constitutionally mandated right to bear arms.

A bipartisan group of US senators is exploring gun law reforms legislation post-Uvalde that might expand background checks and a law that can temporarily prevent some people from possessing guns because they may be a threat to themselves and others. This is a low bar.

What is needed is a ban on military style semi automatic assault weapons that are used in most mass shootings. Will they go there? Unlikely. These weapons were banned from 1994 to 2004 and the Bureau of Alcohol, Tobacco and Firearms and Explosives has blamed the lapsing of the ban for a spike in shootings in a recent report.

The culpability of assault weapons in these mass shootings has been acknowledged by both parties and the Republican governor of Florida raised the age for possessing one of these deadly weapon from 18 to 21 after the Parkland shooting. But a ban?

External intervention may perhaps help. The Five Eyes allies have been there and can include it in their bilateral and multilateral interactions, as can other allies and partner countries. This is not interference in internal matters of the US. Failure to guarantee the right to life for its people is a violation of the UN Charter, which has been used by Washington to criticise, condemn and even sanction bad actors and practices in other countries.

“Now, Beijing insists that these are somehow internal matters that others have no right to raise,” Secretary of State Antony Blinken said earlier this week while laying out the Biden administration’s China policy.

He was referring to Beijing’s repressive measures and policies in Hong Kong, Tibet and Xinjiang. He added, “That is wrong. Its treatment of ethnic and religious minorities in Xinjiang and Tibet, along with many other actions, go against the core tenets of the UN Charter that Beijing constantly cites and the Universal Declaration of Human Rights that all countries are meant to adhere to.”

The US inability to protect its people from gun violence is just as egregious a failing as China’s repression of its people in Tibet, Hong Kong and Xinjiang. It may be the time for the international community to take note and move to address it collectively. Call it tough love, but that’s what the United States probably needs. And sanctioning manufacturers of these assault weapons – Smith & Wesson is one of them – may be used as a stick to move things along just a bit.