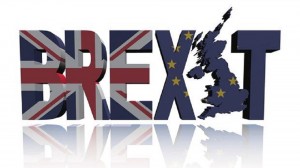 New York, June 24 (IANS) Investor panic over Britain leaving the EU spread to Wall Street as US stocks nosedived on the opening bell. The Dow, the S&P 500 and the Nasdaq were down over two percent after the opening bell.

“Markets are clearly shocked right now. Up until today, it’s clear they were complacent, wholly optimistic that a vote to remain was in the bag. The question now is how long this roller coaster lasts. How long will it be before things stabilize? The answer to that is what will seemingly direct the path forward,” Boom Bust host Ameera David said.

Investors were dumping riskier assets to buy gold, dollars and US Treasury bonds. The yield on the American 10-year bond dropped its lowest level since 2012.

The US Federal Reserve said it’s following the situation on the financial markets closely and is prepared to act to calm volatility.

“The Federal Reserve is prepared to provide dollar liquidity through its existing swap lines with central banks, as necessary, to address pressures in global funding markets, which could have adverse implications for the US economy,” said a statement.

Treasury Secretary Jack Lew and other finance ministers and central bank governors from the G7 said on Friday they are ready to take steps to stabilize markets, as they understand that “excessive volatility and disorderly movements in exchange rates can have adverse implications for economic and financial stability.”

“The UK and other policymakers have the tools necessary to support financial stability, which is key to economic growth,” said Lew.

The Leave camp won Britain’s Brexit referendum by obtaining nearly 52 percent of ballots, pulling the country out of the 28-nation European Union after its 43-year membership.

On the US economic front, new orders for manufactured durable goods in May decreased $5.3 billion, or 2.2 per cent, to $230.7 billion, the Commerce Department announced.