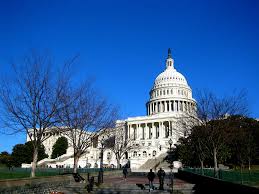 Washington, March 28 (IANS) The economic successes of three US corporations in India and three Indian companies in the US were highlighted at an event attended by several US lawmakers, business executives and friends of India.

The event, “Success Stories in the US-India Partnership” was organized Thursday on Capitol Hill, the seat of US Congress, by The Confederation of Indian Industry (CII) and the US-India Business Council (USIBC).

The event “was welcomed as a reminder of the many positive benefits of the Indo-US partnership at a time when relations have been strained,” CII said.

Democrat Joseph Crowley, House India Caucus Co-chair, congratulated the people of India on the upcoming elections saying “815 million people partaking in this great democratic experiment is a marvel to behold.”

Several other lawmakers who spoke acknowledged that there are challenges within the partnership, but affirmed that with any relationship, there are natural ups and downs and that communication is key to working out differences, the CII release said.

Indian Ambassador S. Jaishankar, who gave the keynote address, agreed stating that while things have been difficult in recent weeks, he was optimistic about the future of the partnership.

He pointed out that trade investments have grown three times since 2005.

Representatives from the featured corporations-Essar Americas, Flex Films (USA), Mahindra USA, Corning, Gilead, and Ford Motor Company– outlined the success story of their company and how it embodies the potential that exists within the partnership.

Essar has major investments in mining in Minnesota and is prepared for that investment to go above $3 billion if state permits come through.

Ford Motor Company is in the midst of building its second car manufacturing plant in the state of Gujarat, slated to come online next year.

Mahindra recently celebrated the 20th anniversary of their US operations. With investments in California, Georgia, Kansas, Pennsylvania, Tennessee and Texas, they have created 3000 jobs in the US.

Gilead has collaborations with 15 drug manufacturers in India with licenses to provide Gilead medicines in resource-constrained countries.

Flex Films (USA) has operations in Kentucky to manufacture flexible packaging and its CEO Pradeep Tyle appreciated the
effective streamlining of the permitting processes from the state government.

He also pointed to the lesser told story of Indian investment into the US as an example of how the bilateral success has been fuelled.

The Tata Group, reflective of this success, is itself one of the largest and most diverse India-based investors in the US, employing 20,000 people in over 30 states in the US.