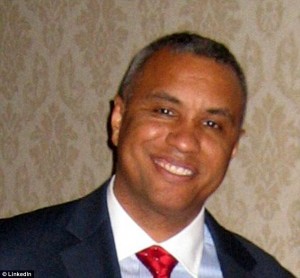 New Delhi/Washington, April 5 (IANS) A New York police officer arrested at Delhi airport last month for carrying bullets in his luggage is out on bail, authorities in India said Saturday as officials dismissed US media reports terming it India’s revenge over the Khobragade affair.

A senior official at the Indira Gandhi International Airport told IANS that the US police officer, Manny Encarnacion, was arrested at around 1.30 a.m. March 11 after three 9 mm bullets were found in the pocket of a jacket in his checked luggage.

Harlem Police Officer Encarnacion was presented before a Delhi court, which granted him bail the same day.

Dismissing US media reports that the US cop’s arrest was in retaliation to the arrest and strip search of Devyani Khobragade, India’s then deputy consul general in New York, an official told IANS: “If someone is carrying bullets in his baggage, it is against Indian law. There is a procedure to be followed in such cases.”

“This is stand alone case, it has nothing to do with the Khobragade case,” the official said.

“He was booked under sections 25/54/59 of the Arms Act and produced before Patiala House court,” Deputy Commissioner of Police (IGI Airport) M.I. Haider told IANS.

According to the officer, Encarnacion, who is in his 40s, had come to India to meet his wife living in Pune.

The New York Post has termed the arrest as India’s “revenge for Nannygate”.

It said a security officer at the airport snarled, “You guys like to strip-search our diplomats,” as Encarnacion was arrested on felony charges under India’s Arms Act – punishable by anywhere from three to seven years.

Encarnacion has been barred from leaving India until his next court date April 19, the Post said.

Two US lawmakers have asked Secretary of State John Kerry to demand that India release Encarnacion.

However, State Department spokesperson Marie Harf Friday declined to comment “because of privacy considerations” beyond saying that it was “aware of the reports, obviously, that a US citizen has been arrested”.

Asked if the US was afraid that the arrested person will “face any kind of retribution from the way that the Indian diplomat was treated” in the US, she repeated, “I just can’t speak to this specific case” because of “privacy considerations”.

“But obviously, we’ve said we want to get past some of the tensions that have been there over the past several months and move on,” Harf said, adding, “I think we feel like we’ve moved past this and hope the Indians have as well.”

Asked if India has shown that they can be trusted, the spokesperson said: “India is a very close partner. Yes, absolutely.”