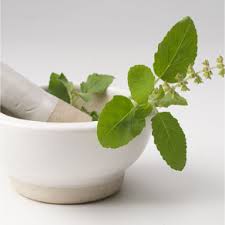 Washington, Jan 18 (IANS) The ubiquitous tulsi in your backyard may be a potent weapon against all kinds of cancer, so believes a team of researchers led by an Indian-origin scientist.

Tulsi or basil has eugenol that helps fight cancer. Now the research team is genetically modifying tulsi in the lab to produce the anti-cancerous compound in abundance.

“When you grind basil leaves, a compound called eugenol comes out. If I could make it produce eugenol in higher amounts, that basil plant would serve as a storehouse of that anti-cancerous compound,” said Chandrakanth Emani, assistant professor of plant molecular biology at Western Kentucky University-Owensboro (WKU-O) in the US.

In his lab at the Owensboro facility, Emani and his students are genetically engineering the basil to produce more eugenol, a compound in basil that, in his words, “has a very great pharmaceutical value because it’s shown to control breast cancer”.

“Eugenol, when they put it on a plate where there are tumour cells, it stopped growth of the tumour cells. That was a proof of concept experiment which was done a long time back,” said Emani, in a press release issued by the university.

The next phase in the research project would be to test the compound as an effective cancer treatment.

“We want to deal with treating cancer in a holistic way. We want to find one treatment that takes care of many cancers,” Emani added.

Tulsi’s therapeutic properties have been discussed at great length in ancient ayurveda texts in India.

Emani, who earned his bachelor’s, master’s and doctoral degrees in India, has been at WKU-Owensboro since 2010.