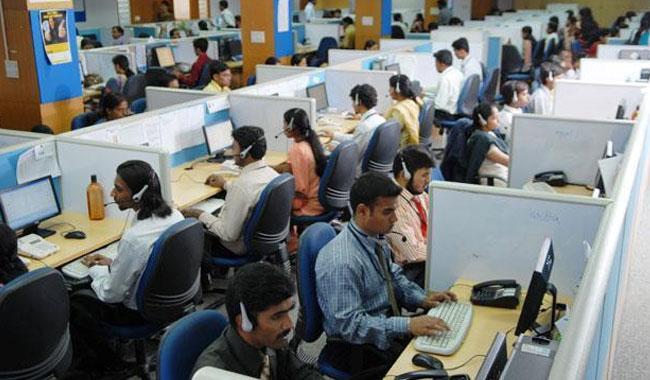 New York, March 1 (IANS) US President Donald Trump’s proposal for a merit-based immigration system has the potential to benefit Indians, a large number of whom have high levels of education and skills.

But this will ultimately depend on the finer details of how the proposal is implemented.

In his State of the Union Address to a joint session of Congress on Tuesday night, Trump said the US should give out green cards using a merit-based system similar to those of Canada and Australia in place of its current “outdated” programme.

“Nations around the world, like Canada, Australia and many others — have a merit-based immigration system,” he said.

“It is a basic principle that those seeking to enter a country ought to be able to support themselves financially.”

By not following such a system, he said the US was “straining the very public resources that our poorest citizens rely upon.

“Switching away from this current system of lower-skilled immigration, and instead adopting a merit-based system, will have many benefits: it will save countless dollars, raise workers’ wages, and help struggling families — including immigrant families — enter the middle class,” he said.

Trump did not make any mention of those working in the US on temporary professional work visas known as H-1B.

In earlier speeches, he had said that he would root out abuses in that visa category and restrict them if they were to throw Americans out of work.

Those who qualify for H1-B visas under more stringent conditions either imposed by the Trump Administration or by a bill introduced jointly by a Republican and a Democratic in Congress would likely have a leg up in the merit system.

Any drastic reform of the immigration process will be a difficult undertaking for Trump.

Trump did not spell out how the merit-based system would work.

On the face of it, Indians would make a good fit for a merit-based system going by the community’s current profile.

According to a report by the Pew Research Center, 70 percent of Indians in the US are college graduates.

The US Census Bureau reported that in 2013, the median household income for Indian families was over $100,000.

But there are other factors such as whether the current national quotas or limits on people from any country who could be admitted in a year are retained could ultimately determine how it plays out for Indians.

The proposal will have to clear many hurdles.

First of all, it will run into opposition mainly from the Democratic Party which would argue that it would not help the poor and the unskilled immigrate to the US and discriminate against immigrants from Latin American countries whom the party counts as a key part of its base.

A way out for Trump might be to barter the merit-based reform for allowing some illegal immigrants to stay on in the country.

In Canada, applicants for immigration are given points for different qualifications like education, skill levels, employability, language and family ties.

They would have to meet a minimum score to be allowed to immigrate.

Currently, the US immigration system restricts the number of people who can immigrate from each country to seven percent of the total number allowed in except for immediate relatives of citizens.

This has led to several years’ wait for Indians to get their green cards.

There is also an annual limit of 140,000 on employment-based green cards.

Because of the limits, most professionals from India have to wait as long as 12 years for a green card and those with “exceptional qualifications” nine years, according to the State Department visa availability data for March.

A merit-based system has the potential to cut down the wait.

How the reform would ultimately affect Indians could depend on how country limits and the cap on the number of employment visas are retained or handled and also on the retention of the immigration privileges for brothers and sisters of citizens and their families.

The reform may also affect the ability of brothers and sisters and elderly parents of citizens to immigrate if they are subjected to a points system.

“I believe that real and positive immigration reform is possible as long as we focus on the following goals: to improve jobs and wages for Americans, to strengthen our nation’s security, and to restore respect for our laws,” Trump said.

He appealed to the Democrats for bipartisan support for immigration reform.

“If we are guided by the well-being of American citizens, then I believe Republicans and Democrats can work together to achieve an outcome that has eluded our country for decades,” he said.