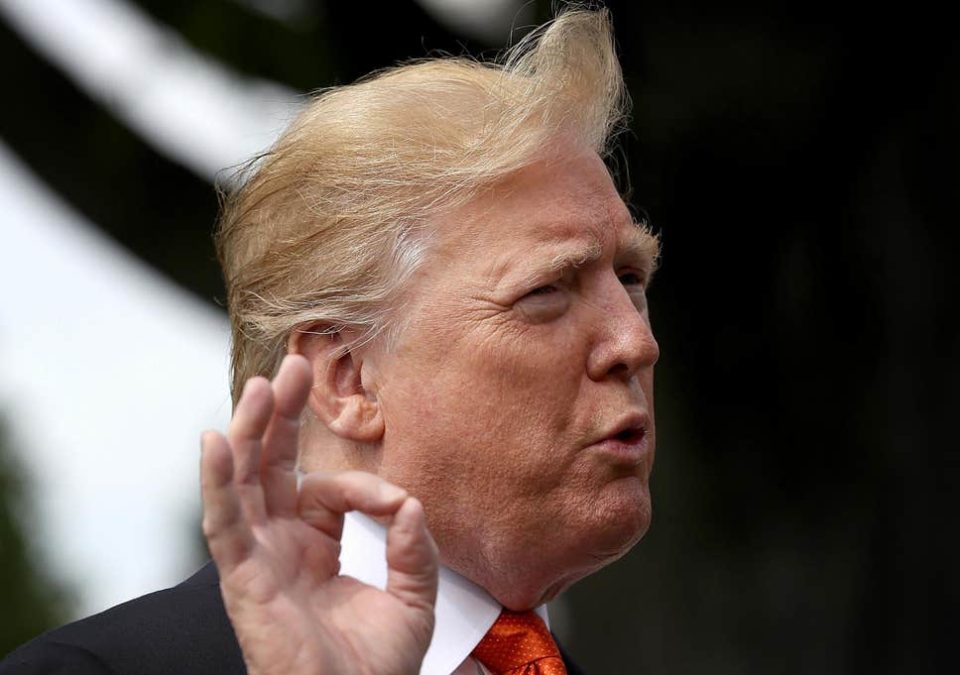 New Delhi, July 23 (IANS) US President Donald Trump does not have a “very strong reputation of speaking the truth”, and his “inexactitudes or lies” have “exceeded 10,000”, former Indian diplomats and security experts said on Tuesday after the US President’s statement on offering to mediate on Kashmir created a flutter, with some saying that India needs to pay substantive attention to the growing closeness now being witnessed between the US and Pakistan.

A day after Trump created a diplomatic storm by saying that Prime Minister Narendra Modi had suggested to him in Osaka, Japan, that he should mediate or arbitrate in the Kashmir issue, which India has strongly denied, former Indian diplomats said the fact that the US State Department moved quickly to douse the issue shows how the US President was contradicted by his own administration.

Former diplomat G. Parthasarathy told IANS, “Mr Trump does not have a very strong reputation of either speaking the truth or being truthful on anything. So he is sometimes given to exaggeration.”

“Not even a novice in foreign policy would tell an American that especially when a Pakistani is there. And his saying that is ridiculous,” the former diplomat said, referring to Trump’s claim that it was a request from Modi.

Within hours of Trump’s statement during a press conference with visiting Pakistan Prime Minister Imran Khan, US Acting Assistant Secretary Alice Wells clarified that the Trump administration welcomes India and Pakistan sitting down to resolve the “bilateral” issue and that the “US stands ready to assist”.

Well known strategic analyst Commodore Uday Bhaskar (retd) said, “The press conference with Imran Khan and the reference to Kashmir as also to Afghanistan definitely created a flutter of considerable intensity”. He told IANS that Trump’s reference to “Ten million people being killed if the US chooses to intervene actively in Afghanistan and win the war there is a very, very sensitive statement”.

The US State Department “rushed to quarantine the situation” after Trump’s remarks, he added.

After Trump’s statement on Kashmir, now the question is – will it impact the meeting between Trump and Modi in September?

According to Bhaskar, India knows it is dealing with a “mercurial president” and by the time of their meeting, Trump will “have said 10-20 more such things by then”.

Former diplomat, T.P. Sreenivasan told IANS, “Those who have been keeping an eye on President Trump’s lies have calculated that he has exceeded 10,000 terminological inexactitudes, otherwise known as lies.”

“Whether it was a habitual expression of post truth or an open offer to India and Pakistan, even Imran Khan could not have believed it,” Sreenivasan, former Permanent Representative of India to the United Nations, said.

He added that mediating on the Kashmir issue, “is a dream of all those who aspire to win a Nobel Prize for Peace”. Sreenivasan said that Pakistan knows India’s stand on Kashmir, but raises the mediation issue “only to convince the world that India is rigid and unreasonable”.

Former Foreign Secretary Shashank told IANS that with regard to Trump’s offer to mediate in the Kashmir issue, “India’s position has been consistent and accepted by all countries, including Pakistan that it is a bilateral one.”

“We are for peace and for talks with Pakistan after it stops terrorism in India, he added. According to Bhaskar, India will need to look at the manner in which Pakistan “is back in the game substantively”.

He said Trump is “wooing Pakistan” with an eye on the US elections, and sees in Islamabad a way to get the US soldiers back home.

During the media interaction, when Imran Khan was asked a question on Afghanistan, he said that they have come “closest to a peace deal” with the Taliban. To this Trump added, “What the Prime Minister just said is a very big story. And it is 100 per cent true. We have made a lot of progress over the last couple of weeks and Pakistan has helped us with that progress.”

Parthasarthy said that Trump wants to get out of Afghanistan before the US elections and “that is the highest priority”, and to be able to “tell the people of America that I am getting the troops back home.”

Shashank added that the US offered the hand of friendship to Pakistan after the success of its peace talks on Afghanistan. “We can only hope that Afghanistan gets peace and stability and the terrorists in Pakistan are kept in detention or out of mischief”.