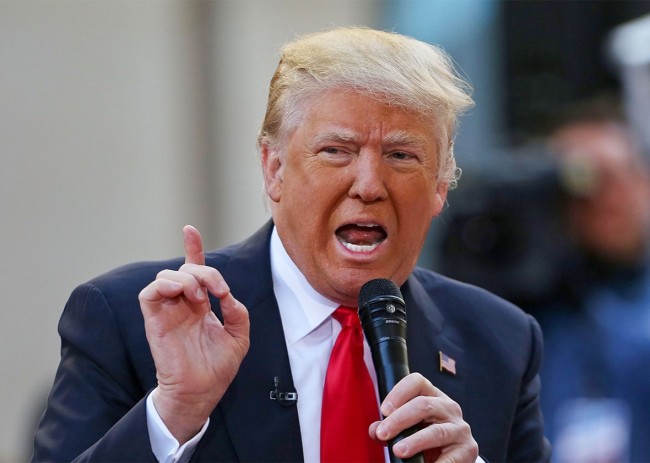 Washington, Dec 2 (IANS) US President-elect Donald Trump has warned that US companies would face “consequences” for outsourcing jobs abroad, as he touted his early success in persuading an air conditioner maker to keep about 1,000 jobs in the country rather than move them to Mexico.

“Companies are not going to leave the US anymore without consequences. Not going to happen,” the Republican said on a visit to a Carrier Corp. plant in Indianapolis, the US media reported.

Trump, who takes office on January 20, did not say what the consequences would be, but he frequently threatened during the election campaign that his administration would put a 35 per cent import tariff on goods made by American manufacturers that moved jobs offshore.

It was unclear what steps would have to be taken by federal authorities before Trump could retaliate against individual companies shifting jobs abroad.

Trump also did not address if Carrier’s parent company, United Technologies, would face any consequences for continuing with plans to move 1,300 other Indiana jobs to Mexico.

Apparently under pressure from Trump, Carrier announced this week it had agreed to keep more than 1,000 jobs at the plant and at its headquarters, while still planning to move more than 1,000 other US jobs to Mexico.

Trump said his negotiations with the maker of air conditioning units were a model for how he would approach other US businesses that are tempted to move jobs overseas to save money.

He pledged to create a healthy environment for business through lower taxes and fewer regulations.

“I just want to let all of the other companies know that we’re going to do great things for business. There’s no reason for them to leave anymore,” Trump said.

If that approach did not work, there would be penalties, Trump warned.